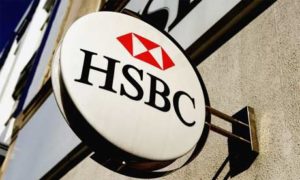 HSBC Holdings Plc announced on Tuesday that will move around 1 000 jobs from London to Birmingham as the largest bank in Europe relocates its personal and business arm.

The move is expected to be completed before 2019, when new laws are projected to kick in. Banks would have to separate their retail operations from riskier investment banking activities in line with the governments effort to prevent future bailouts in the event of another financial crisis.

The new rules would require banks to provide separate funding and leadership to their units in order to ensure a simpler structure of major retailers in Britain.

HSBC is the first bank to announce where its separate entity would be based. The company is nearing a deal over a 250-year lease on a 210 000 square feet office at Arena Central enterprise zone. Construction of the new building is expected to begin in June and the actual move is projected to begin by middle of 2017.

The bank said it chose Birmingham after a review of a number of possible locations. HSBC said London is not necessarily the best place for the ring-fenced banks head office considering the wide range of customers, employees and branch network it has.

The bank already has around 2 500 staffer in Birmingham, which is also where the first branch of the Birmingham and Midland Bank was opened in 1836, which was acquired by HSBC in 1992. Birmingham City Council and Marketing Birmingham both support the move.

“We want to be the bank of choice in the UK. Creating our ring-fenced bank head office in Birmingham gets us a step closer to that ambition for our 16 million personal and business customers,” said Chief Executive Antonio Simoes.

HSBC already has units that are located outside the capital, including telephone and internet-based retail bank First Direct in Leeds and M&S Bank in Chester.

All-in-all the bank has around 257 000 employees around the world, including 48 staffers in the U.K., approximately 15 500 of those are based in London.