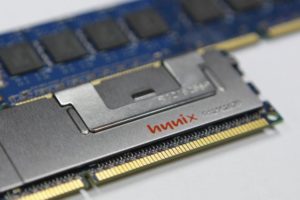 The company reported a 1.16 trillion won ($1.1 billion) operating profit in the three months from July to September, compared with an operating loss of 24 billion won in the same period a year ago. Operating margins for the quarter rose from a contraction of 1% to growth of 29% year-on-year. The group’s net profit jumped from 2 billion won to 958 billion won, while sales rose by 68.5% to 4.08 trillion won.

The South Korean company expects ram chip prices to remain strong amid the industry’s constrained production mainly due to the accident. Hynix, whose technology is found in gadgets made by Apple and Sony, today reported that its average selling prices of ram chips rose 5% in the third quarter.

Analysts predict that the companys earnings growth will fall back in the final quarter of 2013, when the group is likely to feel the full impact of the Chinese fire.

The raising price recovery helped Hynix’s bigger rival Samsung Electronics post a 12% increase in third-quarter revenue from its semiconductor division while its operating profit from the division more than doubled to 2.1 trillion won.