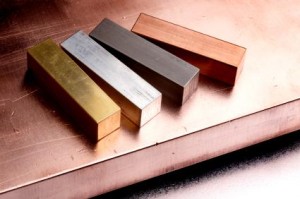 Gold slipped on Friday, heading for a fourth weekly decline, amid expectations of a last-moment agreement between Greece and its creditors. Silver was little changed, while platinum and palladium slid. Copper declined following worse-than-expected manufacturing data from Europe.

Greece’s largest creditor Germany declined on Thursday a request for a six-month extension of the bailout deal with Europe’s most indebted country’, describing the offer as “not a substantial proposal for a solution” since it does not tie Greece to the terms of its present-day deal.

Greek funding will be cut at the end of the month, if an agreement is not reached. European officials are set to hold a yet another meeting on Friday in Brussels, looking for ways to design a deal that is agreeable from both sides. The rejection from Germany may force Greece’s new government to lead the country out of the Eurozone.

However, the move from Europe’s paymaster is seen by some as strategical and aimed at applying additional pressure on Athens.

In line with its tendency to benefit from political turmoil, gold has gained some ground since negotiations began following the election of the Alexis Tsipras-led Syriza party in late January. However, a last-moment agreement is widely expected, potentially dragging prices down.

Meanwhile, a report issued from the Labor Department on Thursday showed that less than expected US citizens filed for initial unemployment benefits last week. The figure stood at 283 000, compared to projections of 293 000, outlining that the labor market is picking up pace.

The newly-released data dented expectations that the Federal Reserve will hold back on raising interest rates by June, following the release of minutes from the policy makers’ meeting on January 27-28th.

The recording showed that Fed officials are concerned that a sooner increase in borrowing costs could hurt the recovery of the US economy amid lower than targeted inflation and weakness in wages.

The US dollar index for settlement in March was up 0.05% at 94.535 at 10:17 GMT. The US currency gauge gained 0.25% on Thursday and closed at 94.492. A stronger greenback makes dollar-denominated commodities pricier for holders of foreign currencies and curbs their appeal as an alternative investment.

Meanwhile, China celebrates its one-week long Lunar New Year holiday and its markets are closed for the period, reducing liquidity.

The industrial metal felt the pressure of a firmer dollar after Thursdays better-than-expected US jobless claims data and the closure of Chinese markets, which will reopen on February 25th.

Slower-than-expected activity growth in the Eurozones manufacturing sector also helped fan negative sentiment. The euro areas preliminary manufacturing PMI for February rose to 51.1 from 51.0 last month, but trailed projections for a jump to 51.5, while Germanys gauge was unchanged from the previous months final reading of 50.9, defying forecasts for an increase to 51.5. German producer prices declined by an annualized 2.2% in January, recording an 18th straight month of deflation.

Growth in Frances sector of manufacturing slid further into the contraction zone, with the respective flash PMI dropping to 47.7 from 49.2 in January. Analysts had predicted an improvement to 49.5. On the bright side, industrial new orders in Italy expanded by an annualized 5.8% in December, reversing a 4.1% decline the prior month, but deflation continued for a second month in January, with Italys HICP registering an annualized drop of 0.5%. Retail sales in the UK also disappointed.

The red metal drew support earlier in the week after BHP Billiton Ltd. reported that as much as 70 000 tons of refined copper output will be lost due to repairs at the largest processing mill at its Australian Olympic Dam mine.

This would remove a large fraction of an expected global surplus, which analysts had pegged prior to the announcement at 120 000 – 220 000 tons. The supply disruptions will probably cut global copper output growth to 5.1% in 2015, Australia & New Zealand Banking Group Ltd. said.