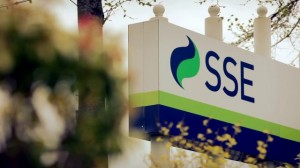 SSE Plc, which is currently known as one of the biggest energy providers in the U.K., officially announced that it plans to freeze its energy prices until 2016. The company also revealed that it intends to sell some of its assets and cut debt while trying to raise about 1 billion pounds (1.65 billion dollars). This cost-saving program, however, is projected to lead to about 500 job cuts. In addition, SSE Plc is considering the option of separating its retail and wholesale divisions.

The companys price guarantee comes at a time when the largest gas and electricity providers in the U.K. are being pressured to protect their customers from constantly rising energy costs. SSE Plc also explained that it plans to separate its retail and wholesale units as part of its asset-disposal plan, which is expected to be finalized in the next two years. This way the company is said to be disposing of divisions that are not crucial to its overall strategy and are only an additional financial burden for it.

Chief Executive Officer Alistair Phillips-Davies commented on the freezing of prices, cited by the Wall Street Journal: “Were setting out a positive agenda for customers, including our price freeze to 2016; were making sure our own house is in order for the future by streamlining and simplifying our business; and were making clear we wish to work with people to find more ways of taking costs out of energy bills.”

As reported by the Financial Times, the companys Chief Executive Officer also said: “With today’s announcements we’re recognising that delivering the lowest possible energy prices for our customers has to be central to everything we do.”

The announcement of the company was gladly received by Energy Secretary Ed Davey, who said, cited by Bloomberg: “This will be welcome news for SSE’s customers and shows that the government’s work to reduce energy bills is working by lowering policy costs and driving competition. SSE have shown today that the big energy firms are able to cut their costs and profits, and be confident about their ability to weather potential uncertainty in the wholesale markets, to give bill payers long-term price security.”