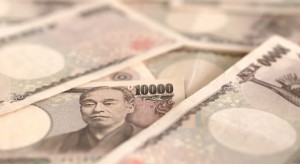 Friday’s trade saw GBP/JPY within the range of 176.06-178.60. The pair closed at 176.99, losing 0.70% on a daily basis. The cross gained 0.25% for the whole week, which followed four consecutive weeks of losses. On Monday (February 2nd) GBP/JPY may be influenced by a number of fundamentals, as listed below.

Activity in United Kingdom’s sector of manufacturing probably slightly improved in January, with the corresponding PMI coming in at a reading of 52.8, according to the median forecast of experts, up from 52.5 in December. If so, this would be the 23rd consecutive month, when the PMI stood above the key level of 50.0. The index is based on a survey, encompassing managers of companies, that operate in sectors such as manufacturing, mining, utilities. They are asked about their estimate in regard to current business conditions in the sector in terms of new orders, output, employment, demand in the future. Values above 50.0 signify that respondents are rather optimists than pessimists. Higher-than-projected PMI readings would boost demand for the sterling. The Chartered Institute of Purchasing and Supply (CIPS) is expected to announce the official reading at 9:30 GMT.

At 1:35 GMT Markit Economics is to release the final data on manufacturing activity in Japan regarding January. The preliminary value of the respective Purchasing Managers Index (PMI) was reported to have inched up to 52.1 in January from a final reading of 52.0 in December, which marked the eight consecutive month, when the indicator inhabited the area above the key level of 50.0, separating pessimistic from optimistic opinions.

The PMI is based on a survey of 400 companies, operating in the Japanese industrial sector. The Manufacturing Purchasing Managers Index is comprised by five individual sub-indexes with the following weights – New Orders (30%), Output (25%), Employment (20%), Suppliers’ Delivery Times (15%) and Stock of Items Purchased (10%), with the Delivery Times index inverted, so that it moves in a comparable direction.

In case the January PMI outpaced the final reading in the prior month, thus, further distancing from the 50.0 level, this would usually support the national currency.

According to Binary Tribune’s daily analysis, the central pivot point for the pair is at 177.22. In case GBP/JPY manages to breach the first resistance level at 178.37, it will probably continue up to test 179.76. In case the second key resistance is broken, the pair will probably attempt to advance to 180.91.