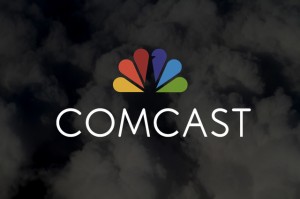 The largest cable company in the U.S. – Comcast Corp. – made an official filing, explaining to countrys regulators that in case it gets the permission to purchase Time Warner Cable Inc. for the sum of 45 billion dollars, it will able to offer advanced video services and distribute high-quality Internet service. The company shared its belief that such a move will probably not influence competition.

The purchase of Time Warner Cable is considered a chance for the company to take its place among the media and technology industry, which is seen as quite dynamic and therefore, competitive, especially taking into account the fact it is currently dominated by some of the technology giants such as Facebook Inc., Google Inc., Apple Inc. and Amazon.com Inc.

In its attempt to get the approval of the Federal Communications Commission in the U.S. for the acquisition of Time Warner Cable Inc., Comcast also said that it plans to bolster its program for offering Internet access to poor families and confirmed that it intends to treat both old and new customers equally.

The idea of the acquisition and merger between the two companies is so far accepted with caution and skepticism by countrys regulators. Officials from the Federal Communications Commission refused to comment on the situation saying that they cant talk about pending deals.

The Senators are expected to talk with the Executive Vice President of Comcast Corp. Mr. David Cohen and the Chief Financial Officer of Time Warner Cable Inc. Mr. Arthur Minson and ask them questions about the eventual merger on Wednesday. This hearing, which was initially planned for last week, is considered to be the beginning of a long and continuous debate over the purchase, which is also going to put both Comcast and Time Warner Cable under a valuation.

As reported by the Wall Street Journal, Patrick Leahy, who is the Senate Judiciary Chairman made a statement, saying: “Consumers deserve to know how a merger between two of the largest companies in this industry will impact them. This merger also raises important questions about diverse and independent video programming, and promoting a vibrant marketplace for online video. Our primary focus throughout should be on how this merger would impact consumers.”

According to Financial Times, shares of Comcast Corp. fell 0.47% to close at 48.85 USD on NASDAQ yesterday, while companys one-year return rate was 18.34%. According to data published by CNN Money, the 22 analysts offering 12-month price forecasts for Comcast Corp. have a median target of 60.50, with a high estimate of 68.00 and a low estimate of 52.00. The median estimate represents a +23.85% increase from the last price of 48.85.