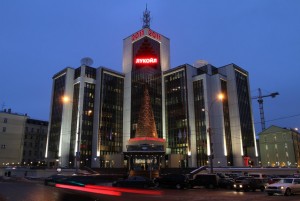 The second-biggest oil producer on the territory of Russia, NK Lukoil OAO, said that its project in Iraq, called West Qurna-2 is starting to pay off. According to the companys statement, the project has helped the Russia-based company add $1.25 billion to its earnings during the third quarter of the fiscal year.

The beneficial impact of the companys West Qurna-2 project helped prevent Lukoils earnings before interest, taxes, depreciation and amortization from further decline. Lukoil reported that its EBITDA declined 2.4% from a year ago to reach $5.34 billion, due to falling oil prices. The Russia-based company also stated that there was a 48% decline of its net income, which dropped to $1.62 billion.

The Vice President of the company, Leonid Fedun, said in a conference call with reporters, cited by Reuters: “If oil prices are $70 or lower, we may pay over 50 percent of profits on dividends.”

Lukoil also issued a warning that the constantly declining oil prices and western sanctions, which were imposed on the country, are to greatly affect the overall oil production in Russia and their negative impact will be far more severe than initially expected. According to the Vice President of the company, Mr. Fedun, the Russian production would decline from about 525 million tonnes in 2014 to about 490 million tonnes within a period of four to five years. Still, Mr. Fedun expressed hope that the fall would not be “dramatic”.

The prices of oil have declined by one third since June this year, falling below $76 per barrel. Low prices and the weak performance of the Russian ruble have caused the fall in profit.

The dividend policy of Lukoil calls for a payout that amounts to at least 15% of the new profit. Usually the company pays more than that.