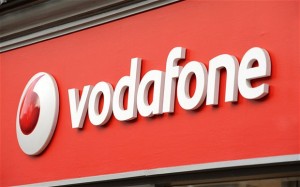 Vodafone, the UK telecoms operator, boosted investment plans to 7 billion pounds to help turn around deteriorating operations in its core mature market in Europe that weighed on first-half results. The company will improve its existing 3G network in Europe and accelerate the building of its super-fast 4G network.

The unfavorable economic conditions in ferociously competitive European markets dragged revenue from telecoms services down by 4.9% in the second quarter, to just under 10 billion pounds. The performance in Europe was in part offset by continued growth in India and Africa.

Vodafone, would most likely have a strong balance sheet next year following the sale of its stake in Verizon Wireless in the US for $130 billion. Company said it will use the funds to invest 3 billion pounds in Europe into extending 3G and accelerating the roll out of faster 4G mobile, which is seen as key to driving customers to higher priced mobile tariffs based on internet data use, rather than voice calls.

The group reported earnings before interest, taxes, depreciation and amortization (EBITDA), of 6.6 billion pounds for the first half of 2013, ahead of a forecast of 6.4 billion pounds in a poll by Reuters. However, it was down 4.1% from the same time last year.

The company confirmed its full-year guidance as it was on track to deliver adjusted operating profit of around 5 billion pounds and free cash flow in the 4.5 – 5.0 billion pounds range.

“Our emerging markets businesses are performing very well, driven by rapidly increasing smartphone penetration and data usage. In mature markets, our performance reflects more challenging conditions, which we continue to mitigate through ongoing actions to improve our operating model and cost efficiency,” CEO Vittorio Colao said in a statement.

The emerging markets businesses, which include India and parts of Africa, posted 5.7% growth in service revenues. High quality global journalism requires investment. Please share this article with others using the link below, do not cut & paste the article. See our Ts&Cs and Copyright Policy for more detail.

Indian service revenue grew to 947 million pounds in the second quarter from 924 million in the same period the year before, benefiting from a recovery in pricing. Vodafone is in talks to buy out the minority partner in its Indian operations.

The 23 analysts report by CNN Money offering 12-month price forecasts for Vodafone Group have a median target of 36.19, with a high estimate of 41.29 and a low estimate of 20.23. The median estimate represents a 1.15% decrease from the last price of 36.61. The current consensus among 27 polled investment analysts is to hold stock in Vodafone Group.