Skip to content
Home  »  Stock News   »   BT Group share price up, to acquire O2 or EE in attempt to launch its own mobile services 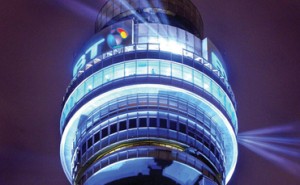 BT Group Plc announced it is in talks to acquire either O2 or EE in order to expand its services and create a dominant fixed and wireless business.

The London-based group said it had seen interest by shareholders in two different UK mobile operators – EE, a joint venture by Orange and Deutsche Telekom, and O2, owned by Spanish Telefónica.

BT and Telefonica confirmed they had engaged in preliminary talks, after the Spanish media El Confidencial said that O2 could be exchanged for a 20% stake in BT under a “strategic alliance”.

BT, which demerged O2 in 2001, is now thinking about buying the business back after it had been approached by Telefonica. The British telecoms group had earlier announced a plan to offer mobile services starting this financial year. However, BT is looking for a way to speed-up that plan by acquiring a mobile network operator in the UK.

People with knowledge of the matter said that BT would choose O2 over EE, they also said that telecoms was “assessing the merits of an acquisition of a mobile network operator in the UK”.

However, BT said that negotiations were “at a highly preliminary stage and there can be no certainty that any transaction will occur”, in the meantime the company would work on the development of its own mobile services.

The 168-year old group would have to pick one of the two wireless operators as acquiring both of them would most likely face severe criticism from regulators. The acquisition of O2 would be easier as it has smaller valuation of about £10 billion and only one already interested owner.

Both O2 and EE are part of the top four UK wireless operators, alongside Vodafone Group and Hutchison Whampoas Three.

Competition in the British telecoms market has increased due to the shift towards companies providing both mobile and fixed-line services. BT recently purchased £2 billion worth of sports rights to boost its broadband services. Meanwhile both EE and Vodafone said they would launch their own broadband and TV services in the UK. If bundles offers pick up in popularity, O2 would suffer.