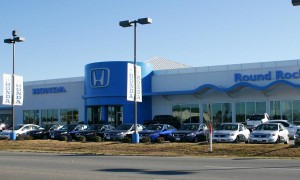 Honda Motor Co Ltd postponed the launch of its hydrogen fuel-cell car as it deals with increased number of safety recalls.

Honda announced it will release its first fuel-cell car on the Japanese market by the end of March 2016. The technology uses hydrogen to power up the car and emits only vapor and heat. After Japan, the new vehicle will start selling in the U.S. and Europe.

Honda explained the push back is due to strict technical tests and not because of problems during the development process of the car. The company previously had planned to start selling the vehicle during 2015.

The company will also delay some other products as its research-and-development engineers focus on solving safety problems.

“We’ve been going through some issues and we want to ask for some time so that we can be extra careful in the development of this car” said CEO Takanobu Ito during a news conference in Tokyo, where Honda showed an evolved concept of its fuel-cell sedan.

The move follows a series of call-backs from Honda. In 2008 the car manufacturer was forced to begin a recall program related to potentially explosive airbags made by TakataCorp. Since then Honda withdrew around 9.7 million vehicles world wide, but not before the faulty safety mechanism resulted in five deaths.

Honda also has been having problems with its Fit series. The company had projected that the Fit models will bring around 25% of the 6 million global vehicle sales each year by the end of March 2017, however the car maker recently decreased its annual sales target. Honda launched five different recalls of the Fit series since their release in September 2013.

The fuel-cell technology doesnt use a conventional gasoline engine, but instead it features a powertrain, which consists of a stack of fuel cells combined with an electric motor. For power the car harvests the energy created by the chemical reaction between hydrogen and oxygen.

Hondas powertrain is roughly the size of a V6 engine and its located under the hoof of the vehicle, so it can fit up to five people. On a full tank the car can travel up to 700 kilometers, with a full refuel time of three minutes. However hydrogen station may be hard to find, as of now Japan has only 2 and 43 under construction.