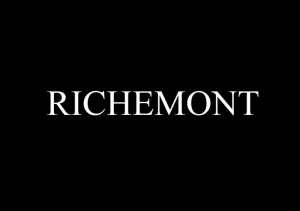 The Geneva-based company, owner of the Cartier and Piaget brands, reported a better-than-expected 2% increase in revenue to €5.43 billion in the six months ended September 30th, surpassing analysts expectations of €5.39 billion.

Sales from North America and the Middle East helped offset a 4% decline in China, up from a 10%-drop last year. Sales of diamond and gold watches faced difficulties in Hong Kong, the biggest global timepiece consumer, due to Septembers pro-democracy protests that closed the better half of the city.

CFO Gary Saage explained that the global economy situation remained delicate and warned that the protests in Hong Kong could affect the second half as well.

Richemont stated a 24% decline in profit to €908 million, lower than projections of €1.09 billion. The company said a €239-million loss on currency hedges affected performance in the first half.

“The environment has been difficult, it has been volatile,” said Mr. Saage on a webcast with analysts. “Having said that, October for us could have been worse.”

In Europe revenue increased 6% in the first six months, down from 8% in 2013, due to fewer tourists and cautious orders from retailers. However, the company reported a healthy double-digit sales increase in the Middle East. Revenue from the Americas also improved and was up 10% compared to the same period last year.

“As in previous challenging periods, cost control measures have been put in place to preserve the groups cash flows” said Richemont, which has already reduced working hours for the 230 employees at its Cartier watch factory in western Switzerland and is considering mimicking the tactic to other facilities.

Last year Richemont increased its dividends by 40% due to good cash position. Mr. Saage said the company is sticking to the plan to increase payouts every year. Net cash gained 11% to €4.28 billion by the end of September.