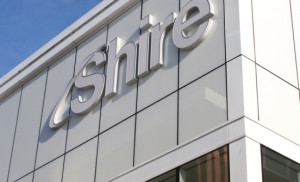 The bio-pharmaceutical researcher said its pullback from the deal was largely due to changes in the U.S. tax system. These measures taken by the American government were previously pointed at as dealbreakers, like the merger situation between Canadian Pacific Railway Ltd and CSX Corp. The event surprised the market and Shires shares dropped nearly a third. On the bright side the company received a $1.6 billion break-up fee from AbbVie.

On Friday the Dublin-based group reported $1 597 million in revenue during the recent quarter, a 32% increase compared to the same period last year. Third-quarter earnings per American depository share, excluding acquisitions and asset sales, rose nearly 60% to $2.93.

Shires strong performance in Q3 stands in line with CEO Flemming Ornskovs aim to guide the company into a leading biotech industry position. He said the drugmaker will not stop looking for deals and kept his ambition to double Shires sales to $10 billion by 2020.

“Our performance this quarter demonstrates that Shire is resilient and we have not lost our focus,” said Mr. Ornskov and explained that the company had exciting prospects as a standalone business focused on rare diseases. “We have a renewed sense of urgency to deliver superior value to shareholders and improved outcomes to our patients,” he added.

Star players for Shire were its “Firazyr” injection, a medicine used to treat acute attacks of hereditary angioedema, scoring a 57% increase in revenue, while “Elaprase”, an IV infusion drug, helped the team with its 31% jump during the third quarter.

“We’ve delivered a very strong performance so far this year, and as a result we are increasing our guidance“ the company said in its statement. Shire now expects a full-year earnings growth in the high 30% range, compared to its July projection of low-to-mid 30%. According to analysts at Jefferies, earning per share are expected to increase 32%.