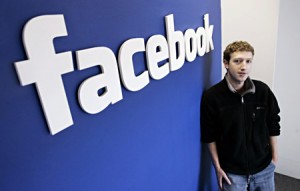 Facebook Inc. managed to finally close its acquisition deal of WhatsApp Messenger, which turned out to be more expensive than it was originally planned. The deal, which received approval by European regulatory authorities last week, is considered the largest acquisition of Facebook to date.

The U.S.-based social network said in a statement, which was cited by the Financial Times: “We are looking forward to connecting even more people around the world, and continuing to create value for the people who use WhatsApp.”

The purchase of the mobile-messaging service WhatsApp was announced by Facebook in February 2014. As part of the acquisitions terms, the co-founder of WhatsApp – Mr. Jan Koum has been appointed as Facebook board member, but he will also retain the position of Chief Executive Officer of WhatsApp with an annual base salary of $1 and restricted stock units estimated to almost $2 billion.

The acquisition is expected to bolster Facebooks international positions as a leading social network and would provide the company with a strong presence in the mobile messaging market. The deal received approval by U.S. antitrust authorities in April 2014.

The initial purchase price announced by Facebook in February was about $19 billion. However, the final combination of cash, stock and management incentives now totals $21.8 billion since Facebooks share price rose by more than 13% in the period from mid-February to October 6th.

Under the terms of the agreement, $3.5 billion in restricted stock units is to be granted to the founders and employees of the messaging service. The deal also includes 177.8 million Class A shares worth $13.7 billion based on Mondays close, and the remainder of the purchase price, $4.59 billion, was paid in cash.