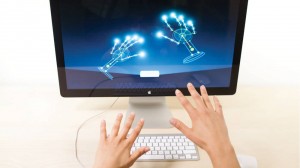 The Apples spokeswoman confirmed the purchase yesterday in a telephone interview according to Bloomberg adding that Apple tends to acquire smaller technology companies without saying the purpose of the purchase. Apple, the maker of the iPhone and iPad, and PrimeSense were negotiating a deal for about $350 million.

The Israeli company produces three-dimensional sensing and machine-vision technology that enables consumer digital devices to be aware of the environment around them. PrimeSense supplied the Kinect technology used in Microsoft’s Xbox 360, launched in 2010, which allows users full-body interaction with the device without holding anything in their hands. The device has sold more than 26 million units to date, making it the “most sold computer division device ever” according to Inon Beracha, CEO of PrimeSense.

Kinect sensor allows people to play video games without needing to hold the joystick, controlling their onscreen character simply by moving their body. It also enables voice or gesture control of television or video, triggering speculations that Apple might use PrimeSense’s technology to include it in its television set which is rumored to be released soon.

In addition to its use in gaming, PrimeSense has been developing new depth-sensing technology that allows for a 3D camera in a mobile phone to enable apps like indoor navigation tools or 3D shopping catalogs. PrimeSense technology can be used for measuring depth, allowing a person to take a photo of their living room into a furniture store to determine if a sofa would fit in the space.

One recent deal of a similar size to PrimeSense was in July 2012 when it acquired AuthenTec, which made fingerprint-scanning technology, for $356 million. The technology was used in the new iPhone 5s, released in September this year.