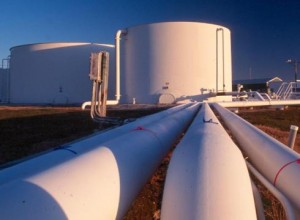 Natural gas futures extended earlier losses during midday trade in Europe today, as the US reported a massive build of natural gas held in storage, indicating stocks will be well-replenished ahead of winter heating season.

Analysts had cautioned over a possible trackback of the recent cold-induced rally, as the early heating hype could be short-lived.

“If weather patterns fail to look more intimidating going into the weekend without a bullish EIA number, there should be concerns higher prices won’t hold,” analysts at NatGasWeather.com wrote in a note to clients today. “Expect leaner weekly builds after the next two.”

A set of long-anticipated, and already well priced-in, cooler Canadian systems was on track to lower temps in highly-populated areas in the Midwest and Northeast beginning this weekend, pushing up heating outlooks.

“What’s important is the pattern is conducive to cooler than normal temperatures sweeping across the north-central US … while the West remains quite warm,” the analysts at NatGasWeather.com wrote. “It’s best to expect coming weather patterns to be cooler, but not exceptionally so.”