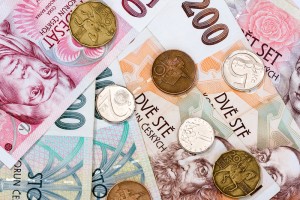 Key categories, included in Spans CPI, are food and non-alcoholic beverages (accounting for 20% of the total weight) and transport (15%). Other categories are real estate (12%), hotels, coffee and restaurants (11.5%), clothing and footwear (9%) and entertainment and culture (7.5%). Health, communication, education and other goods and services comprise the remaining 25% of the index.

The CPI measures the change in price levels of the abovementioned basket of goods and services from consumer’s perspective and also provides clues over purchasing trends. In case the CPI dropped more than projected, this would have a bearish effect on the euro. The National Statistics Institute (INE) will release its official report at 7:00 GMT.

Italys final annualized index of consumer prices (CPI) probably fell to -0.1% in August, matching the preliminary CPI, reported on August 29th. If so, this would be the first time in 55 years, when Italian consumer inflation entered negative territory. According to provisional estimates, the drop in consumer prices is mostly driven by lower prices of non-regulated energy products, which fell 1.2%, as well as due to a slowdown in costs of services in the country. In July the annualized CPI was at 0.1%.

Key categories, included in Italys Consumer Price Index, are food and non-alcoholic beverages (accounting for 16% of total weight), transport (15%), restaurants and hotels (11%) and housing, water, electricity and other fuels (10%). Other categories are clothing and footwear (9%), furnishing and household equipment (8%), recreation and culture (8%) and health (also 8%). Communication, education, alcoholic beverages, tobacco and other goods and services comprise the remaining 15% of the index.

Nations final annualized CPI, evaluated in accordance with the harmonized methodology, probably matched the preliminary HICP estimate of -0.2% in August, which was released on August 29th. The National Institute of Statistics (ISTAT) is to release the official CPI report at 9:00 GMT.

The seasonally adjusted index of industrial production in the Euro zone probably expanded 0.5% in July compared to a month ago, following a 0.3% drop in June. Annualized output probably increased at a pace of 1.3% in July, after a flat performance in June and a 0.5% expansion in May, with the latter being the lowest annual rate of increase since September 2013. The index, reflecting business cycle, measures the change in overall inflation-adjusted value of output in sectors such as manufacturing, mining and utilities. In case industrial output expanded more than anticipated, this would support demand for the single currency. Eurostat is to publish the official data at 9:00 GMT.

At 9:00 GMT Eurostat is to report on industrial production in the Czech Republic for July. In June compared to May output increased 0.1%, following a 1.5% drop in May compared to April. In case of expansion, the local currency would be supported.

According to Binary Tribune’s daily analysis, the central pivot point for the pair is at 27.6015. In case EUR/CZK manages to breach the first resistance level at 27.6570, it will probably continue up to test 27.7005. In case the second key resistance is broken, the pair will probably attempt to advance to 27.7560.