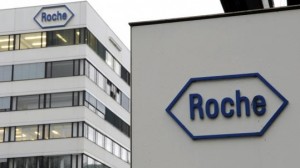 The Swiss drug manufacturer Roche Holding AG made an e-mailed statement today, announcing that the first-quarter sales of its breast-cancer drugs increased by 17%, as its new drugs outstripped analysts estimates, compensating for the decrease of Roches overall revenue.

The company announced that its overall group sales decreased to 11.496 billion Swiss francs (13.06 billion dollars) in the first quarter of the current financial year. The figures surpassed analysts forecast on a small margin. Roche Holding AG shared that its sales increased by 5%, excluding the currency impact.

Roche Holding AG also reported that its Q1 revenue dropped 1%, as the value of the companys increasing cancer medicines sales was affected by the weakness of the U.S. dollar, Japanese yen and a large number of Latin American currencies, when translated into the strong Swiss franc. Its hepatitis medicine Pegasys sales decreased. However, the company explained that the sales of its Perjeta and Kadcyla breast cancer drugs rose thanks to an increasing doctors acceptance.

The robust sales of Roches new cancer drugs were the ones that helped the company narrow its first-quarter sales decrease. In addition, Roche Holding AG also confirmed its projection for generating higher earnings in 2014.

As reported by Bloomberg, Mr. Severin Schwan, the Chief Executive Officer of Roche Holding AG, said that the M&A strategy of the company “is not changing”. Mr. Schwan added: “We will continue to focus on bolt-on acquisitions.” The companys CEO also shared that Roche intends to continue to seek deals that complete its pharmaceuticals and diagnostics units, especially when its comes to new products and technologies.