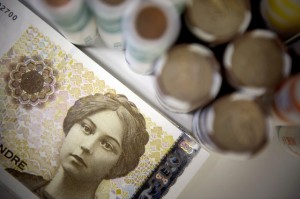 Manufacturing output in Norway, an indicator measuring the change in the total inflation-adjusted value of production by manufacturers, probably expanded 0.3% in February, according to the median estimate by experts, following a 0.4% drop in January. Annualized manufacturing output increased 2.7% in January. Manufacturing production accounts for almost 80% of total industrial production, as the latter is a dominant segment of countrys economy. In case output expanded more than projected, this would have a bullish effect on the krone. Statistics Norway will release the official figures at 9:00 GMT.

According to Binary Tribune’s daily analysis, in case USD/NOK manages to breach the first resistance level at 6.0199, it will probably continue up to test 6.0397. In case the second key resistance is broken, the pair will probably attempt to advance to 6.0622.