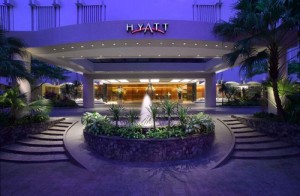 Hyatt Hotels Corp., which in February announced that its fourth-quarter revenue had doubled, is planning to open a luxury Park Hyatt in August 2014. The super-luxurious complex is going to be situated on 57th Street. It is supposed be a part of Hyatt Hotels Corp.s strategy for global expansion under the lead of CEO Mark Hoplamazian.

The statement of Chief Executive Officer Hoplamazian, who took the lead in 2006, concerning the companys fourth-quarter revenue was cited by the Wall Street Journal: “Looking ahead, we expect healthy occupancy levels in the U.S. to support increasing strength in room prices.”

Even then, Hyatt Hotels Corp.s Chief Executive Officer emphasized on the fact that the company is becoming more focused on global expansion. He said: “During the quarter, we opened 16 hotels, bringing our total hotel openings for the year to 51 hotels.”

He is currently dealing with fierce rivalry coming from both bigger public competitors and independent operators. The company owns 525 hotels in comparison to its largest competitors Marriott International Inc. and Hilton Worldwide, which have around 4 000, and Starwood Hotels & Resorts Worldwide, which own about 1 200.

Recently Hyatt Hotels Corp., which manages, franchises, owns and develops its branded hotels, resorts, residential and vacation properties on a global basis, has been known for making large investments in a variety of destinations all over the world.

Mr. Hoplamazian commented the companys strategy for the Financial Times: “Were punching above our weight. Having a smaller footprint does not impact our ability to perform. We just have to be thoughtful, deliberate and have a presence in key markets.”