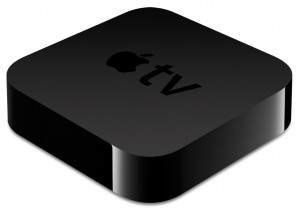 Apple Incs Chief Executive Officer Mr.Tim Cook gave away a hint at the companys annual meeting on Friday that Apple is stepping up its ambitions in the TV market as the company seeks new sources of growth at times of tough competition on the smartphone scene in the face of its main rival Samsung and a horde of cheap Chinese manufacturers. Since the entry of Apple in the TV market in 2007, executives have deemed the companys television unit just a hobby, which is about to change due to upbeat return and growth prospects.

Mr. Cook told shareholders at the companys headquarters in Cupertino, California, cited by the Financial Times: “That hobby was over $1bn in revenue last year. It’s a little more difficult to call it a hobby these days.”

Once a pioneer who was changing the face of modern technology over and over again, Apples growth slowed in the last few years as it failed to remain the leader among cutting-edge innovators like Samsung Electronics Co Ltd and Google Inc, which managed to steal chunks of the iPhone-makers market share.

Asked about innovation, Mr. Cook said he would rather not discuss products under development as it would tip off the companys competitors, but the fact Apple raised its R&D expenditures last year indicates the companys willingness to reclaim its place on the top. Although Apples shares have held firmly above $500 since they fell to $400 in June, they have a long way to go to reach their record-high of $700 in 2012.

Executives decision to invest heavily in the next generation of the companys TV products was backed by solid numbers with huge potential. Last years $1 billion in revenue came from both sales of its $99 set-top box devices and the content from Netflix and other video sources that was streamed through them. Mr. Cook said that Apples TV box, whose price hasnt changed since its introduction back in 2010, has sold more than 13 million units since its release. And although Apple hasnt disclosed any annual revenues from its TV business alone, the company reported last June that it earned $3 million per day through sales of TV episodes and movies on iTunes.

Eddy Cue, Apple’s services chief, was also reported to have negotiated a lot of new TV content, including new channels and as much as 85 000 movies.

Meanwhile, Apple introduced an effective discount to the current Apple TV by adding a $25 iTunes gift card through its retail stores, a possible sign that the company is seeking to empty its inventories ahead of the release of a new product.

Shareholders at the companys annual meeting reelected all of its board members. Previously, many investors had publicly discussed whether the company should not use its cash, which amounted to the staggering $160 billion in the end of 2013, to better use. In response, Mr. Cook said that the company will announce within two months on how it will use its money, which was in line with a previous pledge for an update on its cash management program around April. Apple is seeking steady and organic growth, although that didnt mean ” we wont buy a huge company tomorrow afternoon”, Cook said.

He also told shareholders to expect long-term gains and not focus in the near future. “If youre in Apple for only a week … or two months, I would encourage you not to invest in Apple,” Cook said, cited by Reuters. “We are here for the long term.”