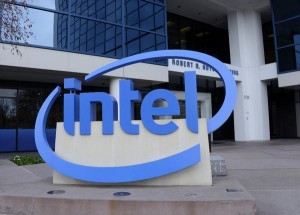 The largest chipmaker in the world – Intel Corp. – announced that more executives will be required to own stock and tie bonuses to operating goals as an attempt to connect pay more closely with the financial performance of the company.

Yesterday, Intel sent a letter to its shareholders, explaining that 350 senior leaders of the company will have to own specified amounts of shares, starting this year. Until now, there were only 50 executives covered under existing guidelines. The company revealed that it is currently in process of changing its pay structure following investors input. Intel also said it is trying to align its compensation with its shareholders interests. The new rules are being implemented under the lead of Brian Krzanich, who is the current Chief Executive Officer since he was appointed to the position in May 2013.

In 2013, the companys stock jumped by 26%, compared with a 30% gain in the Standard & Poors 500 Index. Intels sales decreased for a second consecutive year.

One of the analysts working for Evercore Partners Inc. – Patrick Wang said for Bloomberg: “The company is clearly in transition and they need to adjust the compensation structure to motivate employees to do well. This is a good change.”

Aaron Boyd, Equilar Inc.s governance research director, explained that proposals for executive pay are being increasingly voted against by investors in public companies. He said that Intel may spur a trend. Mr. Boyds words were cited by Bloomberg: “We’re going to see more compensation designs and plans based on conversations with shareholders. Intel has always been a leader when it comes to trying to align pay with performance.”

The company also announced that the performance of its business units will be more determinant for the employees cash bonuses. The performance-based stock grants are said to be devoid of minimum value. The worlds largest chipmaker announced that if total shareholder return over three years falls below a certain level, there will be no payout. Intel said that the weighting of that metric will increase from the current 33% to 50% of the total calculation. Total net income and earnings compared with peer companies are considered as the other two bases for calculations used by the company.