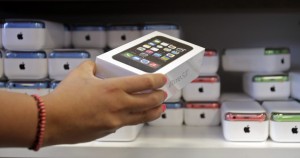 As reported by the Wall Street Journal, Apple Inc. made a statement on Tuesday this week denying it worked with the National Security Agency (NSA) in order to provide the latter with a backdoor way to spy on iPhone users. The company also claims that it was not aware of the existence of any program to target its products.

Here is what Apple Inc. said in its December the 31sts statement: “Apple has never worked with the NSA to create a backdoor in any of our products, including iPhone. Additionally, we have been unaware of this alleged NSA program targeting our products. We care deeply about our customers privacy and security. Our team is continuously working to make our products even more secure, and we make it easy for customers to keep their software up to date with the latest advancements.”

The Apples statement was issued as a response to a leaked document declaring that the iPhones of the company had been targeted by the National Security Agency in a spyware program called “DROPOUTJEEP”. The document in question dates from October 2008 and was part of a larger cache giving some details on different ways the National Security Agency could use in order to gain access to equipment made by companies such as Cisco Systems Inc., juniper Networks Inc. The information published in the document concerns Apple devices running older versions the iOS operating system. The company expressed its certainty that the software has not attacked its newest devices launched on the market, as well as its software including the latest version of its iOS operating system.

As the Wall Street Journal reported, the information in the document said that the software in question had “the ability to access the devices data, to activate the phones microphone or camera, to intercept text messages or narrow down a users location using cell towers” once installed on an iPhone.

The National Security Agency also made a statement on Tuesday, saying that as it uses commercial technology manufactured by U.S. companies, “the U.S. Government is as concerned as the public is with the security of these products. While we cannot comment on specific, intelligence-gathering activities, NSAs interest in any given technology is driven by the use of that technology by foreign intelligence targets. The U.S. Pursues its intelligence mission with care to ensure that innocent users of those same technologies are not affected.”