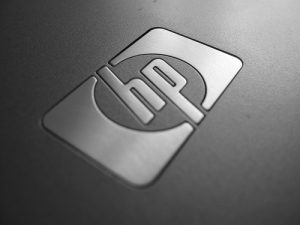 Hewlett-Packard Co. officially announced that some accounting errors at Autonomy Corp. have forced the company to cut the software makers reported 2010 revenue at its largest unit by 54%. These actions aggravated a legal dispute over the Hewlett-Packard acquisition of Autonomy Corp.

According to U.K. regulatory filings, the operating profit of Autonomy Systems Ltd for 2010 was restated at 81% lower by Hewlett-Packard. Autonomy was bought by the computer manufacturer in a 11.1-billion-dollar deal in 2011. Later it took an 8.8-billion-dollar writedown on the purchase.

Hewlett-Packard Co. is dealing with some shareholder lawsuits, which claim that the companys former and current top executives knew, or should have known, about poor accounting practices at Autonomy, before acquiring the company. Meg Whitman, who is the Chief Executive Officer of Hewlett-Packard, claims that the company was double-crossed by Autonomy. These words were denied by Mike Lynch – the founder of the software maker based in the U.K.

“The substantial work necessary to prepare these accounts has revealed extensive accounting errors and misrepresentations in the previously issued 2010 audited financial statements, including the problems previously identified by HP,” Hewlett-Packard said in an e-mail statement, cited by Bloomberg.

The computer manufacturer said that the filings were made on January the 31st, and represent the two largest of the eight units of Autonomy in the U.K. They are also said to include a restatement of the software makers 2010 accounts. In the filing, Hewlett-Packard announced that the reported profit of Autonomy unit was 105.7 million pounds (172.3 million dollars) for the period.

As reported by Bloomberg, the company also revealed that total should have been 19.6 million pounds after “correction of fundamental errors”, the impact of “transfer pricing revenue” and accounting policy changes. Hewlett-Packard also explained that there may be some additional errors, which have not been identified yet. “Given the volume and magnitude of the above errors, it is possible that further errors may remain undetected.”

Hewlett-Packards findings were disputed by Autonomys former managers. A spokesman of the latter made an e-mail statement, saying that the restatements are primarily the result of changes in accounting policy that Hewlett-Packard implemented after the acquisition, and because of actions it has taken in moving revenue between locations in an attempt to avoid paying some taxes in the U.K. Part of the statement was cited by Bloomberg: “We continue to reject these allegations by HP. Given the size of HP’s writedown, we are very surprised by the small size of these adjustments in Autonomy Systems Ltd. attributed to the accounting dispute, which represent a few percent of group revenue.”