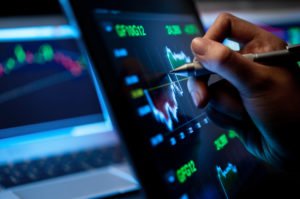 US stocks retreated on Friday pressing the Standard & Poor’s 500 Index to its worst January since 2010, as some earnings reports disappointed investors and slump in emerging markets continued.

“Im not surprised by the direction, [but] Im surprised by the extent” of the selloff, said to The Wall Street Journal, Mark Luschini, chief investment strategist for Janney Montgomery Scott. He helps manage about $2 billion for the firms investment-management branch.

A Friday report showed consumer spending rose more than forecast in December. Household purchases, which account for about 70% of the U.S. economy, rose 0.4%, after a 0.6% gain the prior month that was larger than previously estimated, according to Commerce Department data.

The Thomson Reuters/University of Michigan final January index of consumer sentiment slid to 81.2 from 82.5 a month earlier. The median forecast of 68 economists in a survey called for 81 after a preliminary reading of 80.4.

This week, the Federal Reserve decided to reduce its monthly bond purchases by $10 billion. Three rounds of U.S. monetary stimulus helped the S&P 500 rise as much as 173% from a 12-year low in 2009.

However, Amazon retreated 11%, for two years low, to $358.69. The company said after yesterday’s market close that earnings rose to 51 cents a share in the fourth quarter, falling short of the 69-cent profit that analysts projected on average. Sales growth slowed outside the U.S., while holiday shipping costs surged. Revenue rose 20% to $25.6 billion, trailing the $26.1 billion average estimate.

Online and mobile-device videogame maker Zynga soared 24% after reporting it was buying mobile game maker NaturalMotion in a deal worth $527 million. The company also said it was cutting 314 employees, or 15% of its workforce, and reported mixed fourth-quarter results.