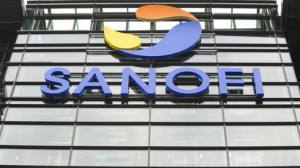 Sanofi missed US regulatory approval for its multiple sclerosis drug Lemtrada, as the company’s ambitions of capturing a larger share of the $20 billion market for the disease, evaporated.

The US Food and Drug Administration said Sanofi’s Genzyme unit didnt submit evidence from “adequate and well-controlled studies” showing that the benefits of Lemtrada outweigh its side effects, the Paris-based company said in a statement today. Sanofi disagrees with the conclusion and plans to appeal, the company said.

Lemtrada, which was approved in the European Union in September, and in Australia and Canada this month, was a key part of Sanofi’s $20.1 billion acquisition of Genzyme in 2011. The FDA indicated one or more additional trials of different design and execution comparing Lemtrada to another drug are needed for approval, Sanofi said.

“We are extremely disappointed with the outcome of the review and the implications for patients in the US suffering with multiple sclerosis who remain in need of alternative therapies to manage a devastating disease,” Genzyme President David Meeker said in the statement.

The market for multiple sclerosis drugs will grow to $20.2 billion annually by 2017, according to a 2011 report by GlobalData, a London-based research company. Treatments against the disease totaled $11.6 billion last year in a market dominated by Teva Pharmaceutical Industries Ltd’s Copaxone, Biogen Idec Inc’s Tecfidera, Avonex and Tysabri, Novartis AG’s Gilenya and Merck KGaA’s Rebif.

Sanofi submitted two late-stage clinical trials comparing Lemtrada to Mercks Rebif. An FDA advisory last month said Lemtrada was effective for preventing flare-ups, even as it said the trials werent conducted well enough to assess it. FDA staff determined in a November 8 report that usage of Lemtrada could have serious safety issues including risk of cancer and autoimmune and thyroid diseases.

“We strongly believe that the clinical development program, which was designed to demonstrate how Lemtrada compares against an active comparator as opposed to placebo, provides robust evidence of efficacy and a favorable benefit-risk profile,” Mr. Meeker said in the statement. “This evidence was also the basis for the approvals of Lemtrada by other regulatory agencies around the world.”

The agency was scheduled to decide by December 27 whether to approve Lemtrada for relapsing-remitting MS, the most common form of the disease.