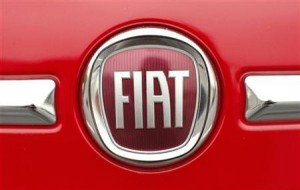 Fiat Chief Executive Officer Sergio Marchionne seems to have not given up on negotiations with a United Auto Workers medical trust to buy the remaining shares of Chrysler Group LLC.

As the initial public offering of Chrysler is put on hold, Fiat executives met this week with representatives of the retiree health-care trust, two people , who asked not to be identified told Bloomberg.

“Marchionne needs a deal to avoid an IPO as that may lead to Fiat paying top dollar for Chrysler,” said Vincenzo Longo, analyst at IG in Milan. “Investors would appreciate a compromise between the trust’s demands and Fiat’s offer.”

A dispute over the value of the holding prompted the union trust to force Chrysler to pursue an IPO. The stock-sale process is meant to set a market value for the third-largest U.S. automaker. That process has stalled over tax reasons, shifting a potential listing into 2014.

Marchionne, who also runs Chrysler, is seeking to merge the two carmakers next year to better compete with larger rivals such as General Motors Co. and Volkswagen AG. Fiat also needs access to Chrysler’s cash to help fund a turnaround in Europe, where the Italian carmaker is losing money and market share because of a lack of new models.

United Auto Workers medical trust is waiting for a better offer with valuations for Chrysler running as high as $19 billion, one of the people said. That would value the holding at $7.9 billion. Under contracts between the parties, Fiat has the right to buy the stake for about $6 billion, limiting its risk if talks drag on.

The trust needs to maximize what it gets for the stake to pay for retirees’ medical care. It estimated in an October filing that those costs will be $3.1 billion more than its assets are worth. Marchionne is eager to avoid overpaying so the carmakers have as much money as possible to invest in new vehicles.

Fiat shares rose 1.5% yesterday to 5.60 euros in Milan trading, making it the second-best performer on the Euro Stoxx autos and parts index. The stock has climbed 48% this year through yesterday, valuing the company at 7 billion euros ($9.6 billion).