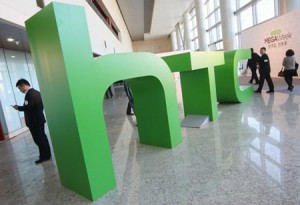 Global sales were added to the duties of HTC Corp.s Chief Financial Officer Chang Chialin. Mr. Chang will be put in charge of two key functions of HTC, which is due to the fact that the Taiwan-based smartphone manufacturer is trying to stop the last two years trend of declining revenue and market share of the company.

The position was previously occupied by Jason Mackenzie. Mr. Chang joined HTC in April 2012 and is announced to remain a Chief Financial Officer of the company “until the time a transition of responsibilities makes sense” in an e-mailed response to a Bloombergs query on December the 16th.

The current Chief Financial Officer Mr. Chang joined HTC in April last year. Before taking the position, he was working as a Taiwan managing director of Goldman Sachs Group Inc. and also as a Wangs and HTCs advisor. He had also worked as an engineer for Motorola Mobility Holdings Inc. Chang has a Ph.D in electrical engineering from Princeton University and an MBA from the Wharton School at the University of Pennsylvania.

HTC has been recently experiencing some difficulties, such as manufacturing delays and quality-control problems. The company has also faced the fierce competition of some Chinese smartphone manufacturers such as Huawei Technologies Co. The sales of HTC have missed analyst estimated for nine straight quarters and over the last three years there were some severe management changes and resignations, which made at least six senior executives of the company to leave.

HTC has cut research and development expenses after Mr. Chang was appointed at the CFOs position. The previous acquisitions of the company were also reversed, and HTCs operations in China also experienced reorganization. Even these drastic measures proved to be unsuccessful in order to stop the HTC shares drop. The latter seem to be declining for third year in a row. Bloomberg reported that the companys stock has slumped 52% this year, after falling 40% in 2012 and sliding 42% in 2011.

In the last few months the role of the HTCs chairwoman Cher Wang has become more active when it comes to operations. The marketing department of the company taken over by Ben Ho in January 2013, and Mr. Mackenzie is left in the position of HTCs chief in North America.

According to Bloomberg, the HTC Corp.s shares value was 145.50 TWD, and the companys one-year return rate is 47.16$ down.