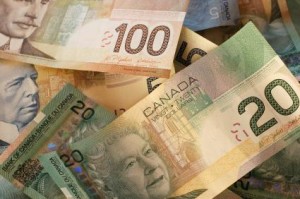 The loonie, as the Canadian dollar is known, declined on Monday against its US counterpart amid bets the Fed might taper as early as next week. Speculations arouse that Fed officials, speaking later today may signal a Fed tapering is just around the corner.

Last Friday a number of economic indicators were released showing that US economy is strengthening at a faster-than-expected pace.

Jack Spitz, managing director of foreign exchange at National Bank of Canada, said, cited by Bloomberg: “With payrolls being plus 200,000 last Friday, the bar has been raised on the 18th of December for the start of tapering, it will put a bid to the U.S. dollar across the board, and, for Canada, it consolidates the bid against the Canadian dollar.”

A survey by the same media, showed that an increasing number of economists consider that the Federal Open Market Committee might begin reducing $85 billion in monthly bond purchases at next policy meeting on December 17-18. 34% of the economists surveyed December 6th expected a Fed tapering next week, compared to 17% in a November 8th survey.

Meanwhile, the Canada Mortgage and Housing Corporation reported that the seasonally adjusted housing starts increased by 192 200 units in November, below analysts projections of an increase by 195 000. Last month the housing starts increased by 198 200, a downward revision from initially estimated 198 300 units. The report is based on a survey among the residents of cities with population of over 10 000 inhabitants and tracks only houses which are inhabited throughout the whole year, not just for the season.

Statistics Canada reported on Friday that the nation’s employment rose by 21 600 in November and the unemployment rate remained at 6.9%. The jobless rate held at a level, which was the lowest since 2008, for a third consecutive month, as employers hired new part-time workers. Analysts had predicted 12 000 new job positions and an unchanged jobless rate.

According to the data by Statistics Canada, almost all of the jobs added in November are a result of the 20 000 part-time positions, while full-time positions increased by mere 1 400.

This year part-time employment accounted for 46% of all job gains, while during the same period last year 99% of the jobs added were full-time.