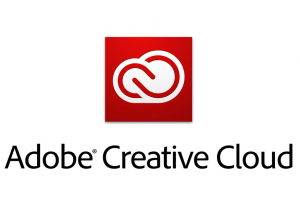 August 2011 was critical to Adobe Systems Inc., because this was the time when the top executives of the company discussed the “emerging threat” – the cloud. More and more customers were interested in an upstart competitors software, which was easily accessible on the Internet and which, on the other hand, had quite a negative impact on Adobes sales. This was a real threat towards the leadership of the company in the sales of the so-called desktop publishing.

As a result, Adobe made a decision of dumping its profitable licensing business in favour of Creative Cloud. This trend proved to be global when it comes the technology industry, especially considering the fact that some of the largest international ventures, such as Microsoft Corp., Oracle Corp. and SAP AG are doing the best they can in order to get a bigger slice of the 36.8-billion-dollar cake called cloud software market, which is expected to double its size by 2016.

David Wadhwani, who is an Adobe senior vice president, said: “It was probably one of the most important moments in the companys history. I dont think this was one where were going to increment our way to the right solution.”

At the moment, Adobe is still trying to catch up some younger companies, such as Workday Inc. and Salesforce.com Inc. This, often results in decreasing the sales of the companies. Since the time of being glued to a single machine are long gone now, Adobe and its fellow vendors are experiencing some troubles. Moving to cloud system equals to refusing some upfront contracts with beneficial profit margins. In addition, customers are able to cancel the cloud products whenever they are not satisfied with the presented results. This is exactly why the value of the short-term revenue decreases.

All this made the decision of going on cloud even harder for the Adobes executives. Moreover, this major change unfortunately brings other changes, such as eliminating jobs, as announced by the company in November 2011.

In the same time, Adobes competitors do not stay silent doing nothing. On the contrary, they are also experiencing some changes and facing the same challenges. Microsoft, for example, is not so dominant any more. Oracle and SAP have also been taking some steps in direction of going on cloud, by spending billions of dollars and acquiring some online-software companies for a few years now.