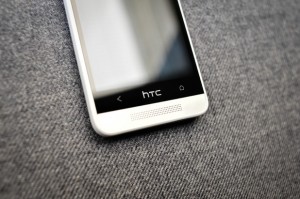 At the end of October this year, Nokia won a patent case against HTC in the UK, after a British judge ruled that the company made an infringement of a Nokia patent for technology used for voice transmission and text messages. This will force HTC to withdraw their One Mini smartphone, which is one of its flagship devices, from the British market.

Nokia has been recently brought some legal actions against HTC, as well as against Samsung, about patent use. The Finnish Information Technology company is also suing HTC in France, Italy, Germany, Japan, the US and the Netherlands in order to protect more than 50 other of its patents.

The fact that HTC One Mini smartphone was in fact quite recently launched in the UK, but it is expected to get a permanent “ban” at this weeks end is quite unfortunate. The good news is there seems to be some light in the end of the tunnel for HTC, because the company has eventually managed to prevent their entire range of One smartphones from getting the same fate despite the fact there was a similar breach of Nokia non-esential patents. After all, the One smartphones make up about 70% of the companys sales in Great Britain and such an outcome would be fatal.

HTC has only 2 days left until December the 6th, which is the deadline to make an appeal against the High Courts decision to delay an injunction pending appeal considering the extent of potential harm to HTC Corp. just ahead of the holiday season. Spokesmen of Nokia said: “Pending the appeal, HTC has undertaken not to ship any more of the infringing products into the UK, except the HTC One, which it may continue to sell until the conclusion of any appeal. If HTC does not success on appeal, the injunction will take effect on all infringing products. Nokia is also claiming financial compensation for the infringement of this patent.”

HTC is obviously quite concerned about their inability to sell the One Mini device during the Christmas period, but they are planning to replace it with another flagship smartphone. This became clear from the announcement of the company: “In the meantime, we are working with our chip suppliers to explore alternative solutions. Rest assured that our award-winning HTC One handset will be available as usual.”