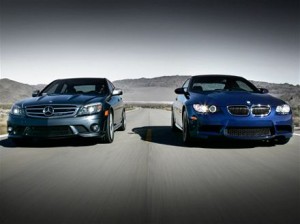 Daimler AGs Mercedes-Benz has long been second on the luxury car market in the United States, while BMW has occupied the first place among the most successful companies in the business over the last couple of years. However, this year Mercedes-Benz has all the chances of beating BWM and becoming the top-selling luxury-car maker in the USA.

Steve Shaheen, who is a Michigan vehicle dealer of BMW, Mercedes-Benz and Porsche vehicles said “We feel the competitiveness of both manufacturers. Its always neck and neck between those two.”, speaking of the competition between the largest auto makers in Germany. This year the battle between BMW and Mercedes-Benz will be also beneficial for the customers, because it comes with earlier holiday promotions, which inevitably influence the markets supply and demand.

The auto makers report show that the sales of Mercedes-Benz in the US amount to 245.145 cars during the first 10 months of the year. On the other hand, BMW managed to sell about 5.000 cars less than Mercedes-Benz, which makes the latter the current top luxury-car seller. The moment is more than great for Mercedes, because this is also the time when its CLS small car arrived in showrooms around the country, and its main competitor BWM was forced to fight with other car makers, which reflected in limiting its ability to increase its sells.

Both companies executives pretended finishing first on the market is not such an accomplishment, but the truth is that both companies are making everything in their strength to push the dealers in the United States of America in order to increase their sales, and respectively, their profits. “If at the end, we are No.1, that will be great. If one of our competitors manages to come out of nowhere to pull ahead of us, thats just fine.”, said Steve Cannon, who is the chief executive of Mercedes-Benz in the United States.

And still, even if BMW falls on the second place in the United States, it is most likely to remain the top luxury car seller globally. The numbers show that the company has sold 1,2 million cars of the brand. The second place is taken by Audi with sales of 1.18 million cars, and the third place is occupied by Mercedes with 1.07 million sales. And when it comes to the U.S. luxury car market, after Mercedes-Benz and BMW, the third most successful seller is Toyota Motor Corps Lexus, followed by General Motors Co.s Cadillac.