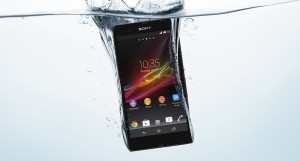 Sony, which recently appointed Bain & Co to advise it on cost-cutting in its Sony Pictures unit, is relying in part on growing mobile sales to lead the company at the top of technology business once again.

The Xperia smartphone maker expects handset shipments in the 2013 fiscal year to rise by more than a quarter from the previous year, by reaching 42 million. That was one of the main targets that chief executive Kazuo Hirai left unchanged when he cut Sony’s full year net profit forecast by 40% in October, pressed by reports of falling sales of electronics.

Japanese electronics makers have been by the wayside as competition intensifies in the smartphone market: Panasonic and NEC both abandoned the business altogether this year, while Fujitsu and Sharp now only sell their smartphones within Japan. Improving sales of Xperia smartphones helped narrow the operating loss in its computer and smartphone division to 900 million yen last quarter from 23.1 billion the same quarter a year ago, which kept Sony in the handset business.

However, analysts are skeptical over Sonys smartphones grabbing more market share as numerous smaller Chinese brands are entering the market using an aggressive pricing strategy. The fierce competition led to Sony’s global market share position falling from third to seventh in the past year, accord-ing to data from Canalys, the market research group. As an indication of the tough task facing Sony, Calum MacDougall, head of marketing at Xperia, said that “one of our key tasks is to make people aware that Sony makes smartphones”.

The vast Chinese market presents a further problem for Sony, according to analysts as the Japanese smartphone maker is losing from the sentiment Chinese incorporate into all products coming from Japan. The issue goes far beyond price competition. Late last year, when China and Japan clashed over claims to islands in the south China Sea, Sony’s sales fell dramatically, according to data from market researchers IDC. Although they have recently come back, so have tensions, as China claimed the airspace over those islands as part of its defense zone, forcing Japanese civilian carriers to notify it of their flight plans there.

Analysts say that Sony has increased its marketing budget by 50% this year as recent ads show some more unusual technical features that its competitors’ phones lack, along with intensify awareness.

Sony share rose 0.1% today while having increased more than 136% on 1 year basis.