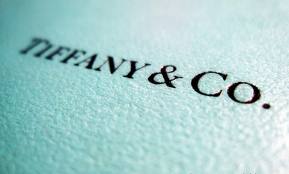 One of the most famous multinational luxury jewellery and retailers – Tiffany & Co announced on Tuesday that its sales rose last quarter thanks to its Chinese jewellery customers. This is quite a promising sign, because it means that positive full-year profit forecast is still on the agenda. The companys global sales rose 7% in the third quarter of the year to 911,5 million dollars, which is 22 millions more than the sales expected by most analysts.

All this makes Tiffany & Co believe that the trend will continue during the last quarter of the year. After all, the fact that the start of the holiday season has just been given should not be underestimated, because Tiffany & Co, which is quite famous for its robins egg blue jewellery boxes, is also known for getting a third of its overall annual sales exactly during the holidays.

Over the last few years the company reported weak growth on the Japanese and U.S. markets, which are also its top ones. This is exactly why it has been trying to keep itself more focused on its business in China and plans to have 26 stores there by the end of the financial year. It seems that this strategy is pretty much working for Tiffany & Co.

As we have already mentioned, the company owes that success to the Asian market, which is responsible for rising its sales 22%, which is much more than the initial forecasts of most analysts. It seems that more and more wealthy Chinese customers increase their preference for expensive diamond jewellery, which leads to rising Tiffanys sales in the region, and respectfully, its benefits.

On the other hand, Tiffanys sales in the Americas rose 1% roughly, which is exactly why the company intends to try increasing its sales in New York, and especially at the world-known Fifth Avenue flagship, which is one of the most-visited places by thousands of tourists every year. Nevertheless, the United States are still Tiffanys biggest market thanks to the fact that they generate about 25% of the overall sales of the company.

The company is constantly working on improving their collections and even hired a new design director in September this year. It also presented some new silver jewellery collections, which are proved to be the most popular lines of the brand. The analysts still expect that the sales of Tiffany & Co will continue to rise during the holiday quarter of the year, no matter that most Americans admit they plan spending less money on jewellery.