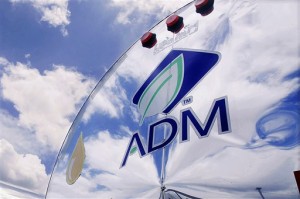 Archer Daniels Midland Co. (ADM) has been investing its efforts in overcoming the Australian political and grower opposition, making a bid that equals 3 billion Australian dollars for the GrainCorp Ltd., which is one of the key grain handlers in Australia. More money are promised to be invested by the company when it comes to rail infrastructure. Moreover, Archer Daniels Midland Co. has promised to limit the silos and ports access charges.

What are the promises of ADM that should be taken into account?

The deal is supposed to be taken into consideration until December the 17th by Australias Foreign Investment Review Board, which is the only one empowered to approve, reject or impose conditions on it. Of course, no one can be absolutely sure what the decision of the Board will be. However, one thing is for sure – the outcome will be rather indicative in regard to the election promises of the new conservative government and the investment interest of some foreign countries.

The agricultural infrastructure of the country is promised to be improved by ADM thanks to about 200 million dollars, which are to be invested on rail networks. In addition, the grain-handling and storage charges are also promised to be capped at the rate of countrys inflation for three years. This was done by Archer Daniels Midland Co. in order to eliminate the concerns of the local growers, who are having some doubts that there will be set higher grain-handling fees.

An “open access” port service system is also promised by ADM. But that is not all. The U.S. company also plans to accustom a grower and community consultation board located in the states, where GrainCorp is almost a full monopolist in this economy segment. Ian Pinner, who is ADMs grains chief said: “Throughout our effort to secure approvals for our proposed acquisition of GrainCorp, we have worked constructively to create value for grain growers and the Australian economy as well as shareholders of GrainCorp and ADM. We have had substantive discussions with growers, policy makers and other stakeholders.”

What are the forecasts?

It should be noted that all this looks quite promising, especially when taking into account the fact that the shares of GrainCorp in Sydney trading rose as much as 5%. This is also a reason for all of us to think that the Australian government will probably approve the sale, under the condition that management control would remain in the country. Most analysts also believe that the deal will be given a green light by the government.

However, we must also consider the fact that the National Farmers Federation recently refused making any comments on the situation and the latest pledges and promises of ADM. On the other hand, some critics, such as Jock Munro totally deny the need for this infrastructure going overseas.