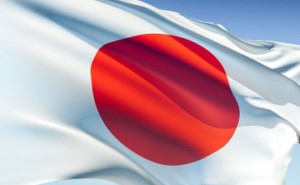 Although there are growing concerns about the economic policy of the Japanese Prime Minister, Shinzo Abe, Goldman Sachs raised its one-year outlook for Japanese shares, boosting their price target for a sixth time in the current 2013 year.

In a yesterdays report by a group of strategists led by Kathy Matsui, cited by Bloomberg, “Goldman Sachs boosted its 12 month outlook for the Topix index (TPX) TO 1,450, which is 16 percent higher than yesterdays close, while its previous forecast, set on May 17, was 1,400. Goldman Sachs now expects earnings per share to double in fiscal year 2014 compared with fiscal year 2012”.

The brokerage firm (Goldman Sachs) decided to revise upward its expectations about the price of the Japanese shares, because the government is expected to progress further with measures, such as cutting corporate taxes and restarting some nuclear reactors. These expectations are offsetting the growing concerns about the Abenomics. The Abenomics refers to the economic policy, which is advocated by the current Prime Minister of Japan, Shinzo Abe. Abes ultimate goal is to expand the Japanese economy, using a variety of measures, such as a surge in public infrastructure spending, the devaluation of the yen and an aggressive quantitative easing (QE) from the Bank of Japan. The program is facing real challenges during the current global economic recession.

Part of the above-mentioned report by the group of strategists led by Kathy Matsui states that “Amid growing skepticism about Abenomics, we expect the government to make steady progress in critical areas during 2014 and we expect corporate Japan’s confidence to improve in 2014, triggering both increased capex and higher wages, which should help offset the impact of the value-added-tax hike next April.”

A lot of hopes about the bright economic prospects ahead of Japan are connected with the forging of the deal on the Trans-Pacific Partnership free-trade agreement. Other measures that are expected are the reforming of the agriculture sector, the preparation of a new taxpayer identification system, and an improvement in corporate governance.

Shinzo Abe announced last month that he has plans of restarting some of the shut-down nuclear reactors in an attempt to drive economic growth. His intentions will have to be postponed for an indefinite time, because the Japans nuclear industry regulator, wrote an e-mail on November 14-th, that they do not have a fixed schedule, as to when they will complete the safety checks on the nationals atomic plants. Abe announced the start of a $49 billion stimulus program on October 1-st and an increase of the sales tax with 3%, from the current levels of 5%, which will start in April next year in an attempt to rein the worlds heaviest debt burden.