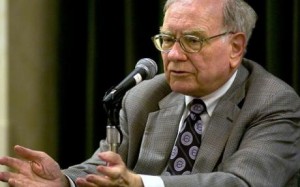 Berkshire Hathaways third-quarter profit jumped 29% due to diversification of businesses toward railroads and power production which provides steady gains.

Warren Buffett, Berkshires chairman and chief executive, implemented into the company railroad and newspapers as well as power plants and utilities, among other businesses. At the core of the company stands its insurance operations, which includes car insurer Geico Corp., General Re and several other companies.

Earnings from Burlington Northern Santa Fe and MidAmerican Energy Holdings accounted for $1.46 billion, or 40%, of operating income in the third quarter, Omaha, Nebraska-based Berkshire said in a November 1 regulatory filing. The two businesses have generated at least 30% each year since BNSF was acquired.

The railroad and utility are “the bond-like underpinning” of earnings, Tom Russo, a partner in Gardner Russo & Gardner who oversees more than $7 billion, including Berkshire shares said cited by Bloomberg.

Berkshire Hathaway earned $5.05 billion during the quarter compared to $3.92 billion for the same period last year. Profit at the insurance businesses declined 57% to $170 million in the three months ended September 30 from a year earlier. Revenue jumped 13% to $46.54 billion, as the company reported top level growth from its railroads and financial businesses. The company posted a $1.21 billion gain from sales and redemption of investments, and $277 million in derivative gains.

Profit rose at companys energy business as it secured approval for rate increases at its largest units, which sell power in states including Iowa, Oregon and Utah. The firm also struck a deal in May to buy Nevada’s largest electric utility for $5.6 billion.

BNSF gained from new drilling technology which helped oil production in North Dakota and Montana. Volume increased 12% for industrial goods in the first nine months of the year because of “significantly higher petroleum products” moving by the company’s rail network, according to the filing.