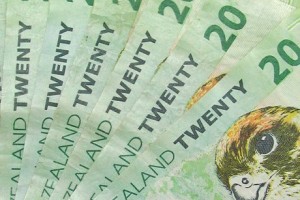 New Zealand dollar edged higher against its US rival on Friday, as manufacturing activity in China, New Zealands largest export market, rose to an 18-month high in October.

Earlier on trading Friday Chinas National Bureau of Statistics and China Federation of Logistics and Purchasing reported that nations manufacturing PMI came in at a reading of 51.4 in October, marking its highest point in 18 months and outstripping preliminary estimates pointing 51.2, while in September the index stood at 51.1. HSBC Holdings and Markit Economics said on October 24th, that the preliminary value of the index of manufacturing activity for China was higher than projected, rising to 50.9. The sub-index of new orders rose to a value of 51.3 in October from a preliminary reading of 50.8.

New Zealand dollar was set to record its first back-to-back weekly losses, after the Reserve Bank of New Zealand (RBNZ) said yesterday that a strong national currency will provide policymakers with flexibility on the timing and scale of any rate hikes. At its policy meeting on Thursday the central bank decided to maintain the benchmark interest rate at the current record low level of 2.50% in consonance with expectations.

Meanwhile, the Federal Reserve Bank decided to maintain the current pace of its asset purchases at its policy meeting on October 29th-30th, as widely anticipated, because more evidence of an improving economic activity was to be obtained. Fed Chairman Ben Bernanke continued to press with the unprecedented accommodative policy into the final months of his mandate, as he strives to safeguard economic expansion achieved in four years from the impact of October’s partial government shutdown.