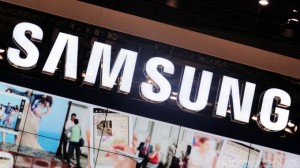 This week, Samsung Electronics Co. plans to hold its first global developers conference in San Francisco, making efforts to improve as many software and services as possible for its devices.

As Samsung is new to this sort of relationship between developers and manufacturer it would be not an easy task, executives admit privately. Samsung built its reputation by streamlining the business of manufacturing electronic devices, and now leads the world in sales of mobile phones. On Friday the company said its net profit jumped 26% in the most recent quarter to a record 8.24 trillion won ($7.8 billion).

In a long term as Samsung looks to solidify its market position, it understands the need to give its customers a reason to be loyal to its brand—a strategy that involves building an Apple-like suite of software and services that work well together, while being exclusive for the brand. Furthermore those partnerships would give an advantage to Samsung in competing with growing number of Chinese smartphone manufacturers, also using Android.

“Great consumer experiences require not just great devices but a seamless integration of both hardware and software,” Samsung said.

The conference this week aims to build on that strategy by attracting software developers who will build apps exclusively for Samsung. The main goal is to keep customers loyal to the brand by giving them extra value of applications and services.

The company plans to hold more than 50 sessions this week to equip developers with tools for building Samsung-specific apps.

Developers can reach a far larger audience by building apps for Apples iOS and for all Android devices, including Samsungs, and will need a solid argument or some sort of incentive to build software that runs solely on Samsung products, no matter how dominant the companys market share may be right now.

Samsung didnt respond directly to a question about whether it would use such incentives to attract app makers, but said that it “offers developers several opportunities to bring innovative apps to market and the chance to be recognized”.