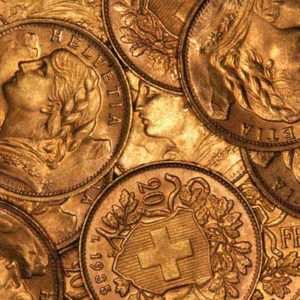 US dollar edged higher against the Swiss franc on Tuesday, but gains were likely to remain limited, as market players used caution positioning themselves in the market ahead of the keenly anticipated US non-farm payrolls data.

Global markets remained edgy, as concerns mounted that the recently ended partial government shutdown in the United States will cause an impact upon the nations Gross Domestic Product during the fourth quarter of the year and also urge the Federal Reserve Bank to delay its plans of scaling back the monthly pace of its monetary stimulus. The central bank will probably delay the first reduction of its asset purchases until March 2014, according to the median estimate of 40 experts in a survey by Bloomberg News. Poll’s results in September showed that the first cut would occur in December.

In addition, employers in the US private sector probably added more job positions in September than in August, while the rate of unemployment remained at the lowest level since 2008. Non-farm payrolls increased by 180 000 in September, marking their highest level since April, following the 169 000 new jobs added in August, in accordance with the median estimate of 93 respondents in another survey. Retailers announced plans to hire employees for the holiday-shopping season. Wal-Mart Stores Inc. (WMT), the world’s biggest retailer, intends to hire 55 000 seasonal employees, or 10% more in comparison with a year ago. Target Corp. (TGT) said that it plans to add about 70 000 job positions. And Kohl’s Corp. (KSS) will hire about 53 000 employees for the holiday season, almost the same number as last year, according to Bloomberg.

Meanwhile, export of watches from Switzerland rose in September, according to data by the Federation of the Swiss Watch Industry, as this result has probably been supported by the one extra working day during the month. Export of Swiss watches increased 8.5% to reach 1.9 billion CHF in September compared to August. In the overall export figure a major factor has been the export of watches made out of gold, platinum and steel. Approximately 100 000 watches, a number 4.3% lesser, have been exported abroad in September. Switzerland has exported about 1 000 000 watches less since the beginning of this year, compared to the same period in 2012. The country has recorded a surplus at the amount of 2.49 billion CHF on its trade balance in September, up from the revised 1.86-billion-CHF surplus figure in August. Experts had anticipated a lesser trade surplus in September, 2.32 billion CHF.