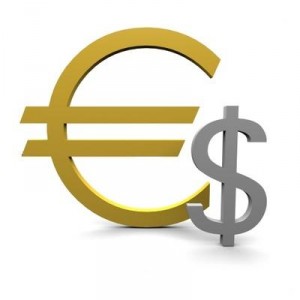 The euro was trading steadily against the US dollar on Tuesday, as US Senate leaders were poised to reach an agreement today, which would bring the fiscal standoff to a halt, as the deadline for action was drawing closer.

Senate Democratic and Republican leaders said on Monday that a significant progress toward an accord has been made. The approached agreement would suspend the US debt ceiling through February 7th 2014, provide government funding through January 15th and also require a House-Senate budget conference by December 13th, according to an anonymous Senate source familiar with the debates. However, there appeared to be two potential obstacles to an agreement, according to Bloomberg. First, a single senator would be able to use procedural tactics in order to push a final vote past the October 17th lapse in nations borrowing authority. Texas Republican Senator Ted Cruz would not rule out stalling maneuvers, as he wanted to see the details of the plan. And secondly, House Republicans, who have demanded major changes to US President Barack Obama’s health-care law, could resist any proposal, which does not meet most of their priorities.

Any deal on the budget matter still would have to be approved by the House of Representatives, while Speaker John Boehner would have to make a decision whether to allow a vote or demand cuts in federal spending.

Meanwhile, European financial ministers announced that Ireland and Spain would soon exit their financial-aid-providing programs, while most of Greeces debt would be repaid. This was another successful move in Euro zones almost four years of struggle with the debt crisis, that shook the foundations of the euro currency. The prospect of Ireland and Spain returning to bond market funding was to be on the table of debates next month.

Later on trading Tuesday the ZEW institute will release a report on the indexes of economic sentiment and current situation in Germany and the Euro zone as a whole, while the United States was to publish data on the New York Empire manufacturing index.