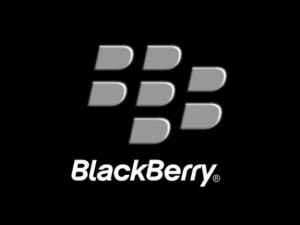 BlackBerry Ltd. co- founders Mike Lazaridis and his old friend and Douglas Fregin filed paperwork with financial regulators which may lead the way for a takeover bid for the struggling smartphone maker.

The two co-founders are considering a joint bid “with the goal of stabilizing and ultimately reinventing the company based on a plan developed by them,” according to documents filed with the U.S. Securities Exchange Commission.

According to sources a possible offer from Mr. Lazaridis and Mr. Fregin would have no connection to the $4.7 billion takeover offer from Fairfax Financial Holdings Ltd. that was tentatively agreed to by BlackBerry’s board of directors last month.

Since quitting the job at BlackBerry and then leaving its board in March, Lazaridis has focused his attention on technology such as quantum computing and nanotechnology, as well as the science and technology of things approaching the size of an atom. He and Fregin own Quantum Valley Investments, which focuses on developing quantum-computing technology.

The offer from the co-founders would start a potential bidding war for BlackBerry between two of the company’s largest individual shareholders. Together, Mr. Lazaridis and Mr. Fregin, control about 8% of the Waterloo, Ont.-based company, less than the 10% stake held by Fairfax.

BlackBerry shares added 1% on Thursday to $8.20, in a rising market. The company has agreed to a $4.7 billion takeover offer, or $9-a-share from a consortium of investors led by Prem Watsa’s Fairfax Financial, which owns 10% of the device maker.

Under the terms of the agreement, the investor group had six weeks to conduct due diligence, during which BlackBerry would be allowed to entertain other offers.

BlackBerry has declined since it launched two new smartphones this year meant to revive consumer interest, taking a near $1 billion write-down on the devices it was unable to sell.

Struggling BlackBerry announced it was shedding 4,500 jobs last month, about 40% of its workforce. The company blamed “more intense competition” following poor sales of its latest devices, the Z10 and Q10, released in January and April.

The company has become increasingly more open to a breakup buyout, a person with knowledge of the matter said. Companies such as SAP AG, Cisco Systems Inc. and Samsung, which were declaring interest, have indicated they’re only interested in parts of the company, people familiar with the discussion said.