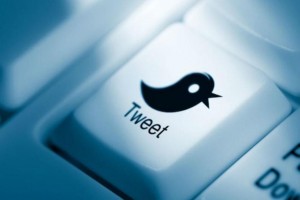 Twitter Inc. is using its growing popularity and the intense competition among banks for Internet deals to receive unusually favorable terms from the firms that will take it public.

The fees banks are set to collect for selling the shares would be the lowest percentage paid on a U.S.-listed IPO since Facebook, according to Ipreo, a capital-markets data and advisory firm.

The arrangement at 3.25% of the money raised, shows the power that high-profile Silicon Valley could influence Wall Street. In what has become a standard strategy for these companies, Twitter asked for credit from banks seeking to handle its IPO to lend it money, the people said. These circumstances enable companies to maximize the money they extract out of Wall Street at the time of their IPOs.

Twitter initially chose Goldman Sachs Group Inc. to support its IPO, and later added Morgan Stanley and J.P. Morgan Chase & Co. to the circle of banks leading the deal. Bank of America Merrill Lynch and Deutsche Bank AG also positioned roles in the IPO. In addition all of the banks are providing credit to the company, people familiar with the discussions said.

According to some analysts, Twitter is by some measures a riskier recipient of credit than some other Internet companies that have gone public recently, due its smaller size and its big spending on research for new products.

“Theres a lot being bet on Twitters ability to achieve things in the future, rather than a historical demonstration of that ability,” said James Gellert, chief executive of Rapid Ratings, a credit-research and rating firm.

Twitter said it plans to use some of the credit to pay any taxes incurred by employees by vesting, in order to prevent them from having to sell shares to cover the tax debts. They also could use the credit to help pay for acquisitions or other investments in the business, the people added.

Twitters chief financial officer, Mike Gupta, is experienced with these negotiations as he managed to close a similar bargain when he was a senior executive at videogame maker Zynga during its IPO back in 2011. Zynga, which raised $1 billion from its share sale, had five big banks participate, and paid the group an underwriting fee of 3.25%. It also secured a $1 billion line of credit from its banks.