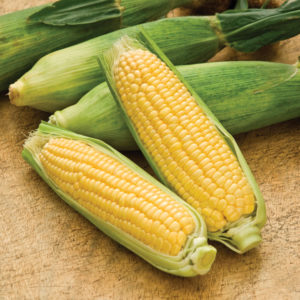 Grain futures advanced on Thursday with corn and soybeans extending positions on signs of increased demand for U.S. supplies.

Corn futures were supported after a private Chinese trading company ordered a total of 420 000 tons of U.S. corn last week for delivery next year, taking advantage of low prices which fell to a 38-month low of $4.3512 per bushel on October 2.

The grain has been pressured down in recent weeks amid expectations for a record-high crop. The USDA said on September 30 that as of September 1, corn stockpiles stood at 824 million bushel, 25% higher than the agency’s estimate of 661 million on September 12. Analysts surveyed by Bloomberg anticipated a rise to 694 million bushels. The government agency said in its latest WASDE report that the nation will harvest a record 13.843 billion bushels of corn in 2013. Data also showed that U.S. corn consumption and exports fell by 10% in the twelve months ended August 31 from a year earlier.

The U.S. Department of Agriculture will delay its crop forecast update on October 11 and its weekly crop progress reports due to the lapse of government funding.

Elsewhere on the grains market, soybeans for delivery in November snapped three days of declines and rose by 0.91% to $13.0013 per bushel at 11:17 GMT. Prices ranged between days high and low of $13.0125 and $12.8563 per bushel respectively. The oilseed slipped 0.2% on Wednesday, a third consecutive daily retreat, and rose back to positive territory on Thursday.

Market players continued to monitor weather conditions in the worlds top two producers, the U.S. and Brazil. DTN reported on October 9 that a drier trend in the Midwest will continue to improve conditions for the delayed harvest and help dry the crops. There is however risk for heavier rains to occur during the weekend or early next week, which would recharge soil moisture but delay harvests.

Meanwhile, the agency also reported that dry weather continued to hinder the planting progress in the northern growing areas of Brazil and there was a limited chance for rains in the next five to seven days. The South American country is the second top producer and third biggest exporter of the oilseed.

The grain was well supported recently as wet weather in the Black Sea Region threatened to decrease production in Russia and Ukraine. Ukraine’s national weather center in Kiev said on September 27 that the nation’s winter-wheat planting may be 30% lower than expected following record rainfall.

Meanwhile, Russia’s agriculture Minister Nikolai Fedorov said this week that his country may plant only 13 million hectares of wheat next year, down from previously projected 16.4 million.

DTN reported on Wednesday that weather conditions in the Southern Plains will be favorable for planting and developing of winter wheat, but showers may increase in the next six to ten days, turning temperatures lower.