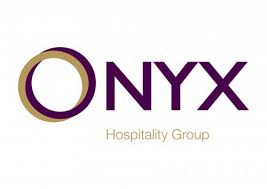 Onyx Pharmaceuticals, Inc. is a bio-pharmaceutical company. The Company is developing therapies that target the molecular mechanisms which cause cancer. The company has a promising investing future and according to Reuters has added two large pharmaceutical firms to its suitors. Yesterday, the cancer-drug maker rejected an offer of $10 billion from Amgen, stating it is waiting on better offers from suitors. Onyx noted that recent Amgen offer was not in the best interest of the company and shareholders. Amgens offer was its first and the company did not indicate if it was final, will probably continue participating in the auction process.

Pfizer, the worlds largest pharmaceutical enterprise and Novartis, owning a strong franchise of cancer medicines are said to be interested in Onyx. The company seems attractive to many of the largest pharmaceutical companies such as Bayer AG, AstraZeneca, Merck & Co. Mostly the value of Onyx is based on its well established products on the medicine market.

Onyx top selling products are Nexavar, a treatment for liver and kidney cancer, and the new colon cancer drug Stivarga – both made in partnership with Germanys Bayer. Onyx last year began selling Krypolis, which is estimated to reach annual sales of $3 billion.

Yesterday at market close Onyx surged 51.3% at $131.33 on Nasdaq, well above Amgens offer, showing some interest from investors which obviously rate the company higher than Amgens bid.

Amgen Chief Executive Bob Bradway, a used to be Morgan Stanley investment banker, took over just over a year ago. Amgen shares have risen more than 30% since then as investors stayed content over rise of dividends and shares. Amgen, which held more than $21 billion in cash at the end of March, has not done a deal for more than $1 billion since 2006.