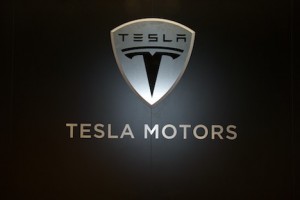 Tesla is a well known maker of sporty battery operated vehicles and has been put on the spot regarding their first profit in their 10 year history since Tesla went public.The company reported its first quarter profit and their shares went up by 41% so far causing immense euphoria. Despite the companys profit some analysts warn traders to remain cautious as the road is not clear yet.

Nevertheless they are speaking as one when up to discussing Tesla Motors manufacturing quality and sales of new models. The main reason for the increasing sales of the company is pointed to be the “green” or ZEV models ( stands for zero emission vehicles).Presenting affordable electric emission free cars brings a raise of 67% percent for Tesla Motors shares this year. The company declared $15m profit in the first three months of the year. It has 72.6 million shares of which 42% are borrowed by traders to sell short. Despite some speculation on the market that Tesla is going to to take some bumps Mr Musk, head of product design of the company thinks those voices of concern are misplaced or foolhardy.

The spark that Tesla demonstrated is a good sign of US automobile industry and in the same time could bring down some of the new players on electric car market. Such example is Coda Holdings, the company filed for bankruptcy protection after being unable to sell more than 100 electric sedans due to lower technical specification comparing to the best selling Tesla models.

Recently Tesla Motors announced sell of stocks and convertible notes to prepay a Energy Department loan. As volatility of market is low and some stock prices going up, public companies sell stocks more often. Tesla plans to sell $2.7 million shares and $450 million of convertible debt. Analysts define that move as opportunistic given the recent share rise of Tesla shares on the market.