Some of the world’s largest companies announced massive layoffs this year, with hundreds of thousands of people losing their jobs. This wave of workforce cuts was particularly evident in the U.S. tech sector where software, consumer technologies and social media giants laid off a total of 154,336 employees.

One of the notable reasons behind this disturbing tendency of 2022 was the considerable hiring spree during the pandemic when millions of customers stayed home for months and worked, shopped, or streamed content online. Once they returned to offices, overstaffed customer service teams became redundant. The stock markets have also been hit hard over the past year following persistent inflation, increased interest rates, and concerns that the world is headed to another recession. At the beginning of 2023, the team at TradingPedia decided to look at the ten companies that slashed the most jobs last year. 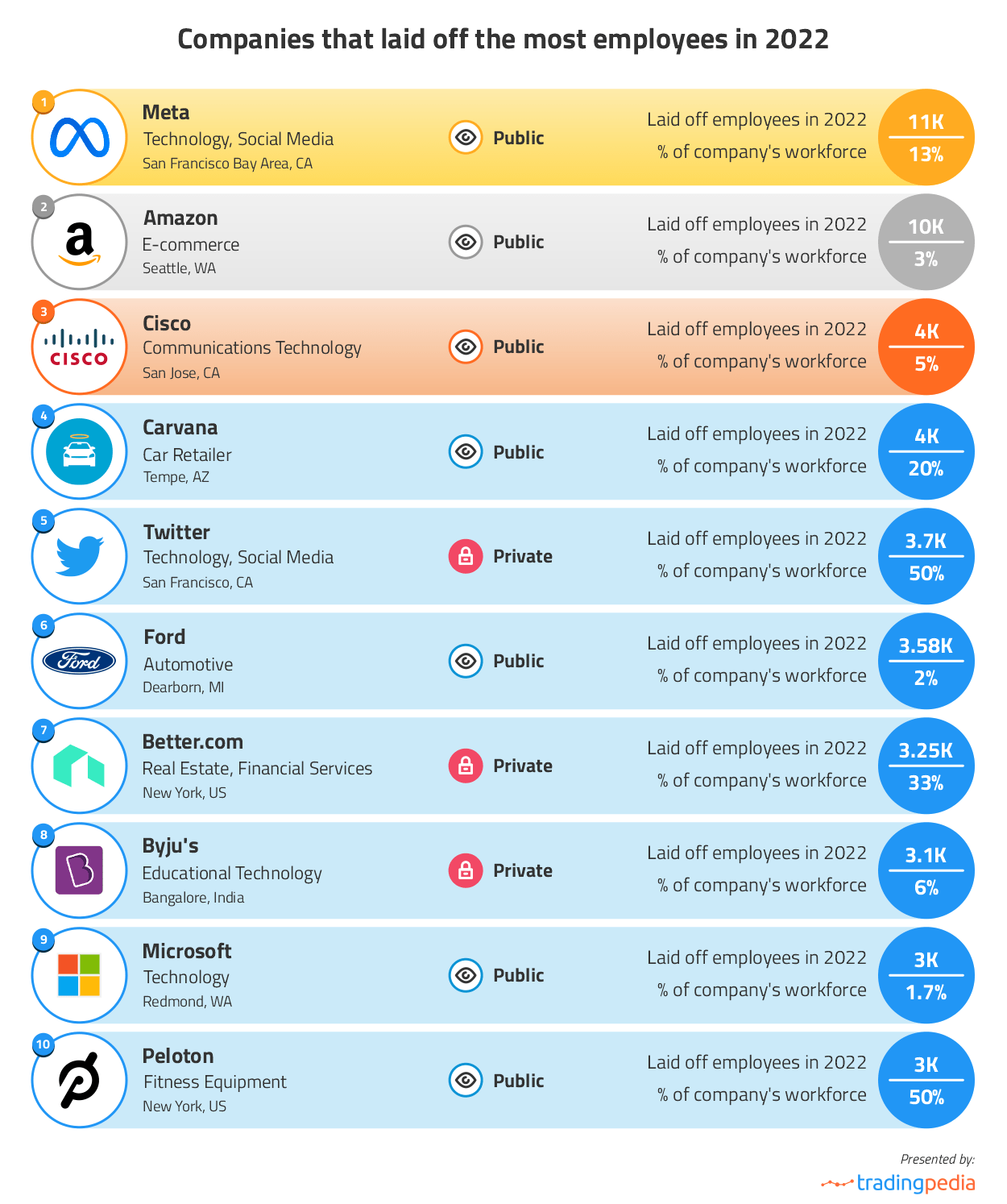 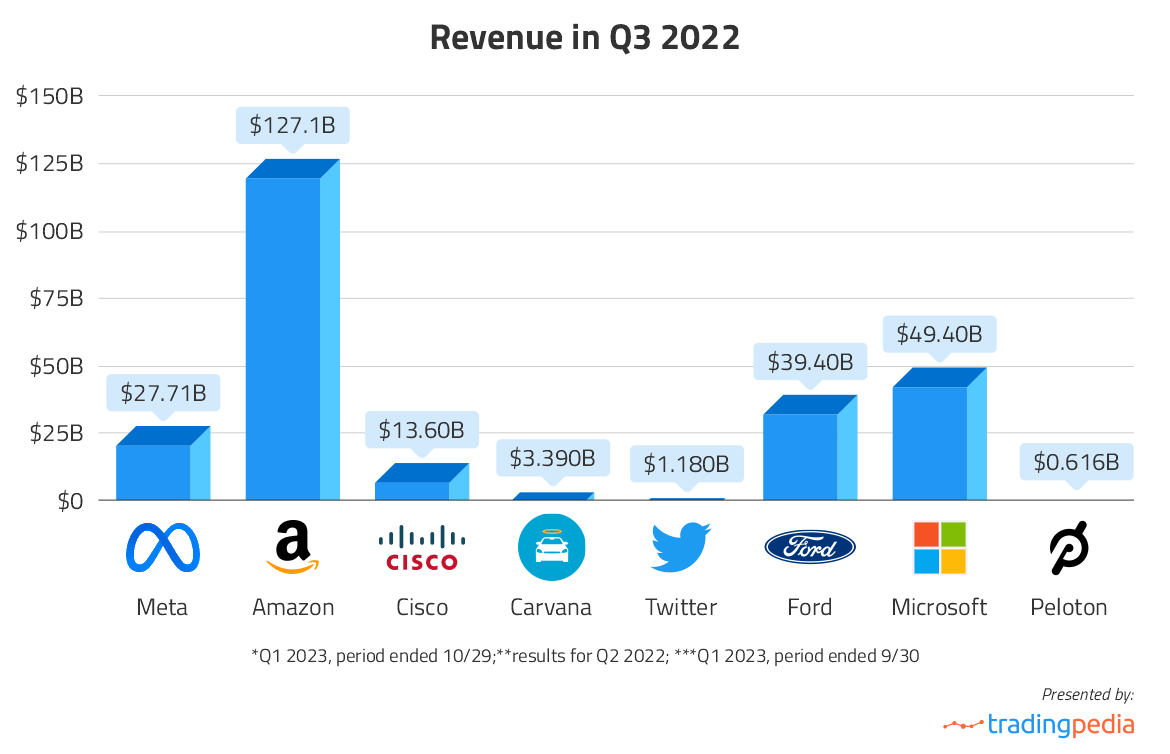 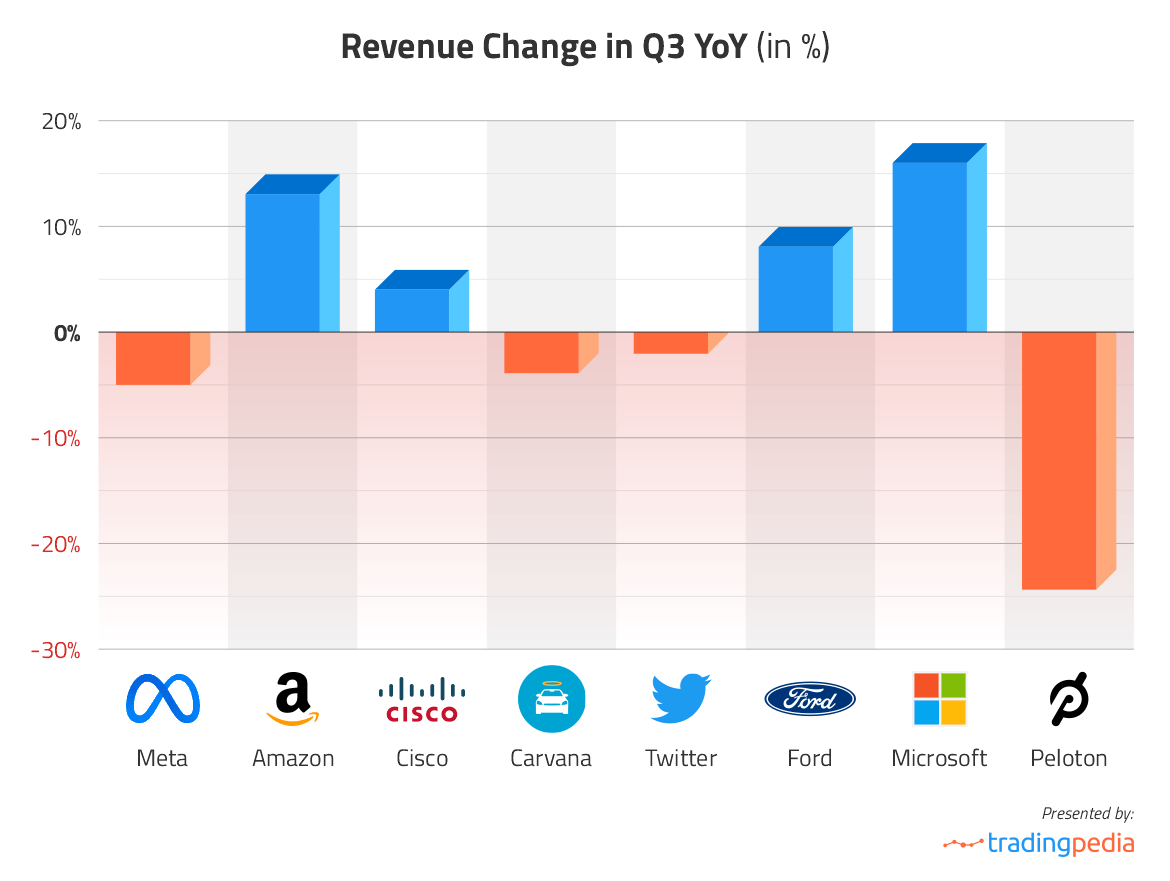 Meta, the parent company of Facebook, Instagram, and WhatsApp, had a disappointing quarterly earnings report in October, according to which its revenue for the third quarter dipped 4% to $27.71 billion compared to the same period in 2021. For the first time since 2004, the company also lost daily users, mostly due to strong competition from apps such as TikTok. Advertising revenue was also down, while there was an increase in costs and expenses, which jumped 19% year over year in the third quarter to $22.1 billion. Mark Zuckerberg, who is primarily focused on the metaverse where some $10 billion were spent in 2022 alone, announced on November 9 that around 11,000 employees would be laid off in the coming weeks. This is roughly 13% of the company’s total workforce.

E-commerce giant Amazon, the second-largest employer in the US after Walmart, has reportedly slashed some 10,000 jobs, cutting its corporate workforce by 3%. On November 16, the company confirmed the news but did not specify how many people would be losing their jobs. The devices department, including the teams working on the virtual assistant Alexa, is among those affected. In its quarterly results report for the three months ending September 30, Amazon said net sales in Q3 increased 15% to $127.1 billion, compared with $110.8 billion in Q3 of 2021. However, operating income nearly halved to $2.5 billion over the same period, while net income was down to $2.9 billion ($0.28 per diluted share) from $3.2 billion ($0.31 per diluted share) in Q3 of 2021. Over the past year, the company’s stock fell almost 47.5% and now, Amazon is valued at around $900 billion compared to $1.9 trillion back in May 2021.

In November, networking company Cisco Systems announced a restructuring plan, which would include cutting some 4,000 jobs. This accounts for approximately 5% of its global workforce and the move was described as “rebalancing” during the company’s earnings call on November 16. According to Cisco Chief Financial Officer Scott Herren, it was not motivated “by cost savings”, as the company reported a 6% revenue increase in its Q1 earnings results for the 2023 fiscal year. For the 3-month period, which ended on October 29, Cisco had revenue of $13.6 billion, while its net income fell 10% to $2.7 billion compared to Q1 in 2021 and diluted earnings per share were 7% down to $0.65.

Carvana, the seller of used vehicles through multi-story car vending machines, became one of the companies that laid off the most employees in 2022 in two rounds of massive layoffs. In May, the retailer announced it would let go of 2,500 workers after reporting a $506 million loss in its first quarter of the year. In November, another 1,500 employees from its corporate, technology, and operations units were laid off. Roughly 20% of its workforce, which at the end of 2021 amounted to 21,000 part and full-time employees, was cut this year.

In late October, Twitter was acquired by Tesla owner and multi-billionaire Elon Musk who cut the company’s roughly 7,500-large headcount by half within days. After Musk took over the social media network, he decided to cut costs in an attempt to improve finances after taking a significant debt to fund the $44-billion acquisition. According to Twitter’s last earnings results for the second quarter of 2022, revenue was down 1% year-over-year to $1.18 billion. This was also a decrease of 1.7% from the previous quarter. Before it was delisted, the Twitter stock price was up by 25.8% year-to-date at $53.70, but had fallen 30.3% from its all-time high of $77.06 in February 2021.

In April, automobile manufacturer Ford announced that it slashes 580 jobs as part of a large-scale restructuring plan. Earlier, the company divided its operations between internal combustion and electric vehicle divisions, so the decision was described as a permanent reduction in staff, rather than a layoff. In August, Ford continued the restructuring and its focus on EVs by reducing the headcount by another 3,000 employees. Two-thirds were salaried employees, while one-third were agency workers, and the move affected mostly jobs across the US, Canada, and India.

Digital mortgage lender Better.com has reportedly laid off more than 3,250 throughout 2022. According to the New York Times, it cut 3,000 jobs in the spring, only a few months after CEO Vishal Garg publicly fired 900 employees over a Zoom call. In August, a list of 250 employees who would be laid off was leaked before they were notified of the termination, which increased the criticism against the company. No official figures are available, but it is believed that at least 3,250 people have lost their jobs at Better.com in 2022. Meanwhile, the company announced its plans to go public through a SPAC (special purpose acquisition company) merger but it delayed the deadline until March 2023.

Byju’s, the Indian tech company known for its educational app, announced that it would be laying off 2,500 employees across various departments in November. The company said that this process would take place over the course of several months and that it would rehire employees who are not able to find a new job within a year. However, a Morning Context report claimed that the number of laid-off staff is much higher than official figures and up to 12,000 people may have lost their jobs, which is nearly a quarter of the company’s workforce. And in June, Byju’s laid off at least 600 employees from two of its subsidiaries – 300 from its Toppr learning platform and another 300 from its coding platform WhiteHat Jr.

Microsoft started layoffs in July when it cut up to 1,800 jobs across various divisions. According to a Bloomberg report, this was less than 1% of the company’s workforce, which has operations and multiple major offices across the world. Only a month later, the tech giant was reported to have slashed another 200 positions, while in October, nearly 1,000 employees were laid off.

Peloton is a New York-based exercise equipment company that in 2021, employed more than 6,000 people in the US, Canada, UK, Germany, and Taiwan. But in 2022, it went through four rounds of layoffs, the last of which was in October when the company cut 500 jobs across various divisions. Over the past year, Peloton has laid off some 3,000 employees and is believed now to have only 3,600 people working for it. The company, which is known for its high-end treadmills and stationary bicycles, saw an increase in revenues during the COVID-19 lockdowns as people stayed at home and bought exercise equipment to stay fit. In 2022, however, revenues dropped 23.44% year-over-year to $616.5 million in September.

For this list, our team used data from the website Layoffs.fyi, which tracks tech layoffs since the beginning of the pandemic. We looked at the companies’ earnings results for the third quarter of 2022 or data for the equivalent period of the fiscal year they reported. To better understand the long-term performance of company stock, we also checked the share prices and how they have changed year-to-date as of Friday, December 9.