The first quarter of 2022 saw Xbox Series X/S unit sales surpass those of PlayStation 5 by a significant margin for the first time since the release of both consoles in November, 2020. In Q1 2022 Microsoft sold about 200,000 more consoles than Sony, which is a gap of over 10%. However, both manufacturers’ sales were eclipsed by Nintendo with a total of 4.11 million Switch consoles sold in the same period.

The research department of TradingPedia took a deep dive into the console market, looking at the most recent data to give you the reasons behind PS5’s recent slide. 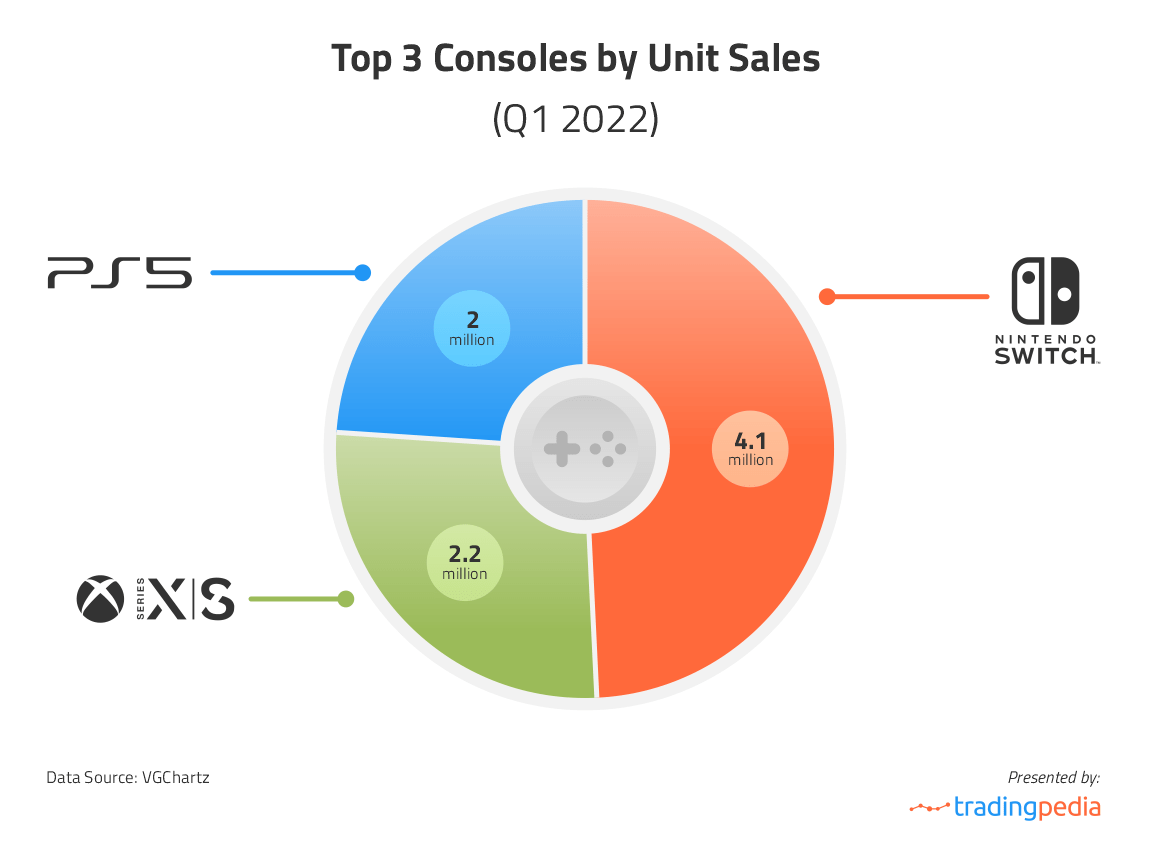 Both PS5 and Xbox X/S were released in November 2020 amid the initial waves of the pandemic and that, together with the war situation in Ukraine has brought unseen challenges to the manufacturing process and logistics of these cutting-edge devices. Admittedly by Sony, both the pandemic and the Russian aggression resulted in PS5 underselling PS4 in Year 2 of their life cycle due to supply constraints. The company is highlighting this issue as “A Top Priority” and planning to solve it by:

However, it seems that Microsoft might have taken a more practical approach to resolving this, which is now bearing fruit as the sales data shows.

XboxEra co-founder Nick Baker released information in his podcast earlier this year, that in April 2021 he received a tip from an unstated source, saying that “there’d be more Xbox consoles in stock later that year”. What Baker said in his podcast literally, was that “Microsoft paid for chip priority at the factories” to get early access to the new batches of chips.

“I have no way of verifying the rumors that Microsoft paid for priority chip access, but they certainly are in a great position to do so and the data seems to be suggesting they did. Up until the end of Q3 2021 the gap between PS5 and Xbox X/S global unit sales was increasing steadily by over a million units per quarter in favor of Sony. However, in Q4 2021 this trend abruptly stopped, reversing in Q1 2022, when Microsoft sold about 200,000 more consoles than Sony. The current quarter is somewhat on par and we’ll have to wait for the June data to make general conclusions.” 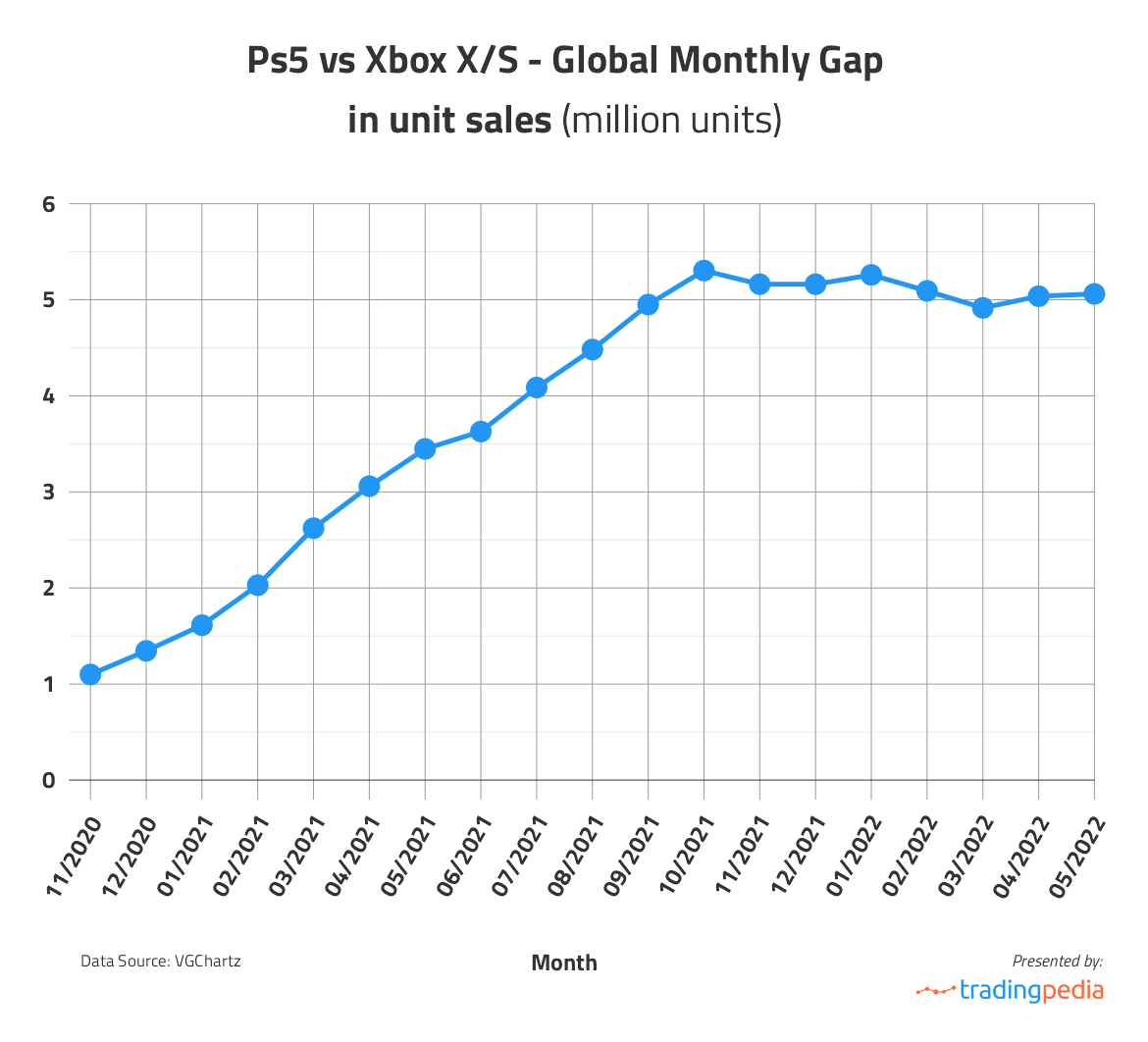 Meanwhile Sony and TSMC are considering a joint factory in Japan to fight the chip shortage, with the Japanese government ready to help the investment with up to $7.15 billion USD.