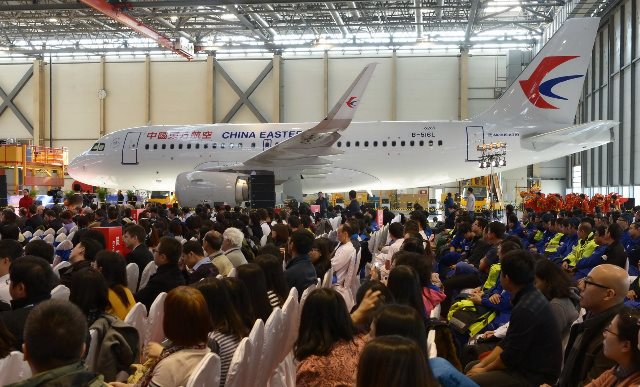 Airbus said earlier this week that it had delivered the first A350 widebody plane from its final assembly line in Tianjin to China Eastern Airlines.

The Tianjin facility engages in cabin installation, painting, production flight test and aircraft delivery for the A350, the European plane maker said in a statement.

A350 deliveries from that facility are expected to reach 5 aircraft in 2021, it also said.

Last year, Airbus delivered 99 jets to China, while deliveries for the first half of 2021 stood at 64, despite the COVID-19 pandemic and despite that local airlines have used pandemic-related border restrictions as an excuse to delay taking some deliveries from abroad.

Tianjin became Airbus’s first final assembly line for the A320 narrowbody jet outside Europe in 2008, while in 2017 it became a completion and delivery site for the A330 jet.

Rival Boeing opened its first China-based completion facility for the 737 MAX at Zhoushan in December 2018. However, the jet was grounded in March 2019 after two fatal crashes.