Skip to content
Home  »  Stock News   »   American Express shares fall the most in a month on Friday, third-quarter profit falls short of estimates 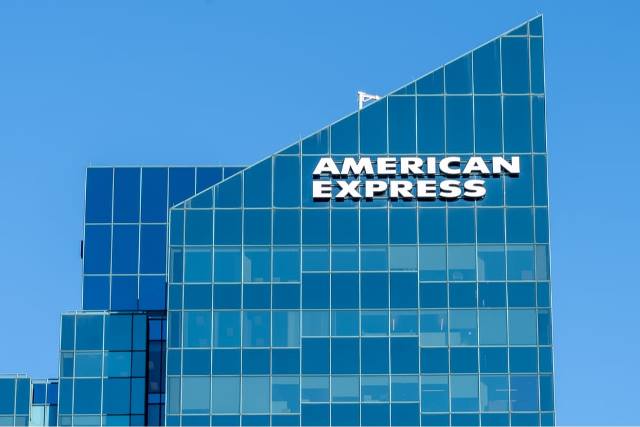 Shares of American Express Company closed lower for the sixth time in the past ten trading sessions in New York on Friday. It has also been the steepest single-session loss since September 21st. The stock went down 3.64% ($3.81) to $100.98, after touching an intraday low at $100.00, or a price level not seen since October 2nd ($98.63).

Total revenue, which does not take into account interest expense, plummeted 20% year-on-year to $8.8 billion during the third quarter.

Net income dropped almost 40% year-on-year to $1.07 billion ($1.30 per share) during the latest quarter, while falling short of market consensus of $1.35 per share.

Net income from American Express Co’s global consumer services division plunged nearly 14% year-on-year to $855 million during the latest quarter due to lower spending and a drop in loan volumes.

The company’s consolidated loss provisions were $665 million during the quarter ended on September 30th, or a 24% decrease compared to the same period a year ago.

“While credit remains strong, with delinquencies and net write-offs at the lowest levels we have seen in a few years, we remain cautious about the direction of the pandemic and its impacts on the economy, which is reflected in our reserve levels,” American Express Chief Executive Officer Stephen Squeri was quoted as saying by Reuters.

The same media also reported that at least 14 out of 28 surveyed investment analysts had rated American Express Co’s stock as “Hold”, while 9 – as “Buy”. On the other hand, 3 analysts had recommended selling the stock.