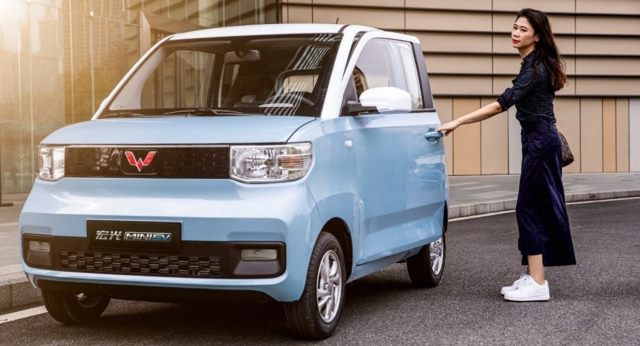 The Hongguang MINI EV, a compact electric vehicle produced by General Motors Co’s joint venture in China, has become the most sold EV model in the country. According to industry data,
15,000 Hongguang MINI EVs were sold in August compared with 11,800 Tesla Model 3 sedans.

The China Passenger Car Association, which has a different counting method compared to Tesla, said that 11,000 Shanghai-made Model 3 cars had been sold in China in July.

The two-door micro EV was launched in July by a joint venture between General Motors, SAIC Motor Corp and SGMW.

According to CNN Money, the 16 analysts, offering 12-month forecasts regarding General Motors Company’s stock price, have a median target of $35.50, with a high estimate of $60.00 and a low estimate of $27.00. The median estimate represents an 18.33% upside compared to the closing price of $30.00 on September 4th.

The same media also reported that at least 13 out of 18 surveyed investment analysts had rated General Motors Company’s stock as “Buy”, while 3 – as “Hold”.